Because the client values ​​that he will have a higher profitability by renting two apartments smaller than one large, he decides to contact us so that we can carry out the project to subdivide the apartment.

The building was built in 1890 and is part of the Eixample Right of Barcelona, ​​it is inserted in a closed block with an interior patio. The urban classification of the building is 13E urban densification zone according to the 1976 General Metropolitan Plan. The building has about 5 floors plus attic and top floor and is between party walls.

The vertical structure of the building is made up of solid brick load-bearing walls around 15 – 30 cm thick, combined with bracing walls also 15 – 30 cm thick, on the ground floor (for commercial use) these walls are lowered with cast iron beams and pillars. The horizontal structure is made up of unidirectional vaulted slabs with spans of approximately 5 meters, the beams are made of steel and the vaults are made of ceramic rasilla. The typical structure of the Ensanche is followed: the interior bays have the beams parallel to the street, the exterior bays have the beams loading perpendicular to the street and the façade is used as a bearing wall. 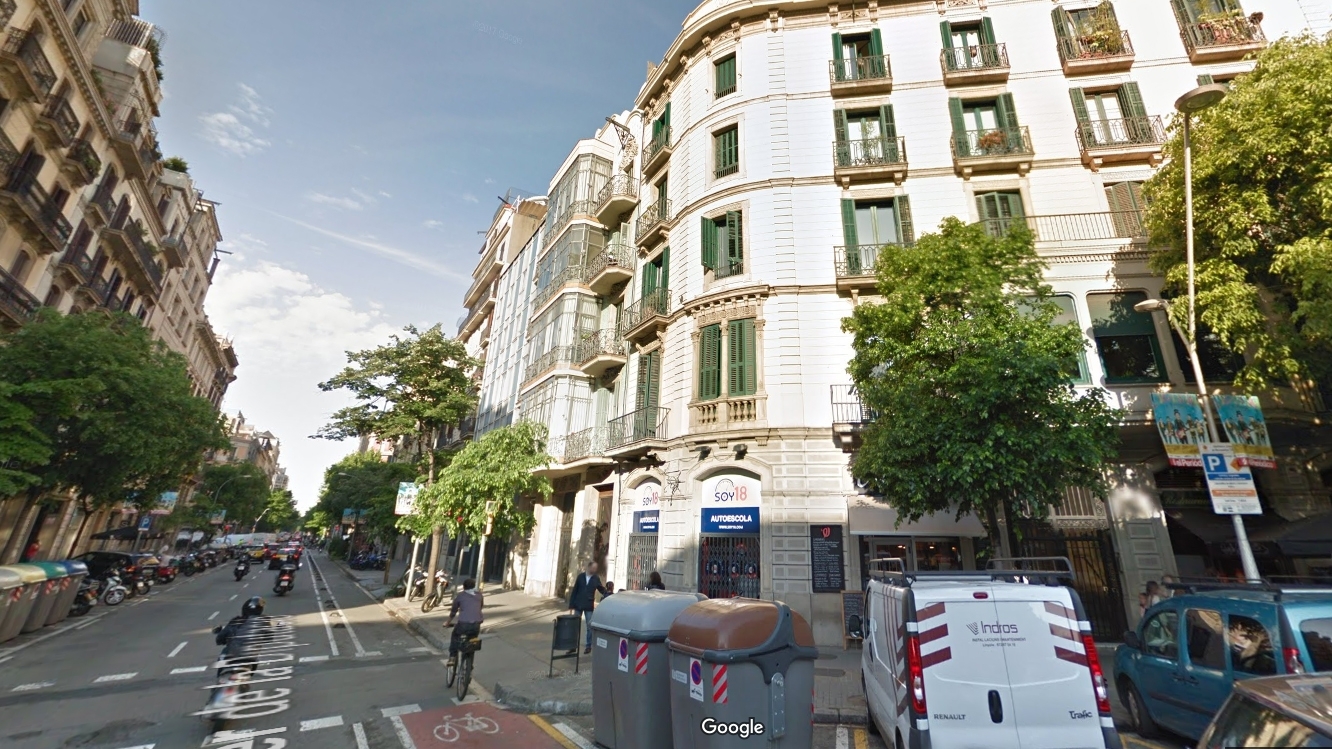 The envelope is made up of single-pane facades with an exterior finish of stone imitation padding executed with lime stucco, the dividing wall in direct contact with the adjacent building, the flat non-trafficable roof with a gravel finish and a slab in contact with the land. Of course, as is normal in these old buildings, the facade is not insulated, the windows do not have double glazing and it should be thermally insulate to achieve minimum comfort requirements.

Description of the project

In a first place or previous study we have verified that according to urban regulations the building allows the creation of one more house. Given that it is urban area 13, in order to know the maximum number of dwellings allowed in the building, we will have to count the total constructed area of ​​the building and divide it by the 80m2 module. You can have more information on this subject in this article .

After successfully overcoming the previous question, the most important regulatory condition when making the project of subdivision or segregation of housing in Barcelona is the Habitability Decree and specifically the parameter of the length of the facade in relation to the surface (in newly created housing it must be Long. Facade & gt; Useful Sup / 9) that is defined in it.

Given that in a subdivision operation that involves an intervention in less than 50% of the building’s surface and that in this case only one entity is subdivided, then according to the regulatory framework it will be necessary to consider: one as a newly created house and the other as a pre-existing home.

This is a limitation and will define a strategy when planning the distribution of the reform: if we consider the total length of the facade we will see that it is much less than what is defined in the condition Useful sup / 9 (the façade understood as an interior space in contact with an exterior space according to the definition of urban regulations and the Decree, we must ignore the façade of the inner courtyard). Then we will arrive at the approach that was proposed in the project: place the “new creation” house in the part of C / Diputació, which is where there is more length of the facade, in this way the “pre-existing” home may have a facade that does not comply with the parameters we have mentioned.

We will also have to apply the rest of the distributive parameters that are defined in the Decret de Habitabilitat 141/2012 , the CTE and the Barcelona ORMPCI fire regulations but which are not as decisive or limiting as those discussed above.