Skip to content
Previous Next
Wooden structures I / III. The material and its structural capacity

Wood is not a material only for camping bungalows. Wood is the most sustainable material we know of and also a material that has very high structural performance. Proof of this is that it has recently been built the tallest building in Spain with wood, it has been made with laminated panels and has a ground floor and 6 storeys high.

When there is a deficiency in the wood of our building. Before considering any type of rehabilitation, be it structural or constructive elements, you must know the material. It should be known, for example, that wood does not behave structurally in the same way as reinforced concrete, nor is it affected by the same environmental agents, nor does it have the same maintenance as this material. The step prior to rehabilitation is always inspection. This entails the knowledge of the element to be rehabilitated.

1.1. General characteristics and composition of wood

Wood is defined as the more or less hard, compact and fibrous plant substance that is extracted from the trunk, branches or roots of woody plants (plants with a trunk). Wood is composed of cells of very varied shapes of different sizes and characteristics, therefore, it is a heterogeneous material and does not have a uniform structure.

The basic composition of this organic material is cellulose fibers bonded with lignin. Cellulose is a polysaccharide resistant to chemical agents and unalterable under conditions of a dry environment, basically made up of glucose and is what provides resistance to the structure of trees.

Wood is a porous, combustible, hygroscopic material, it suffers alterations due to exposure to sunlight and is deformable due to changes in environmental humidity. It is a delicate material and it is also attackable by molds, insects and other living beings.

The important factors that influence the selection of wood for use in construction are:

In the following image you can see the different parts of a woody stem (trunk). Cortex 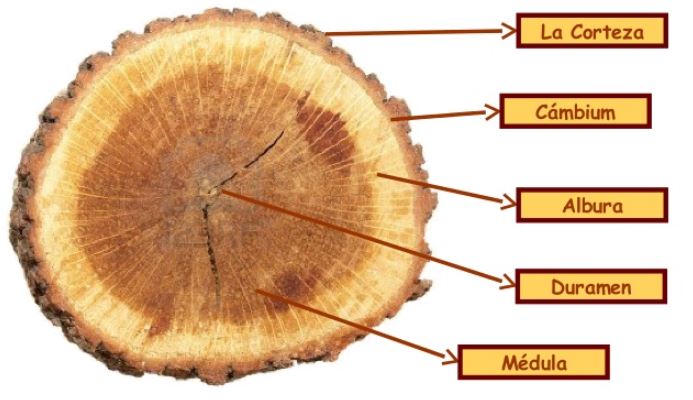 The physical characteristics of the wood depend to a great extent on the species of tree from which it is extracted, being classified into two large groups:

They are the trees that lose their leaves during fall and winter. They are characterized by having hard and resistant wood. Some examples are oak, chestnut or ebony.

Hard woods are the most dense and come from slow-growing trees, for this reason they are more expensive than soft woods. The advantages over the soft ones reside only in the mechanical characteristics, but also more easily resist changes in temperature and humidity. These reasons lead to hardwood to be the most requested in the world of construction and decoration of construction elements. 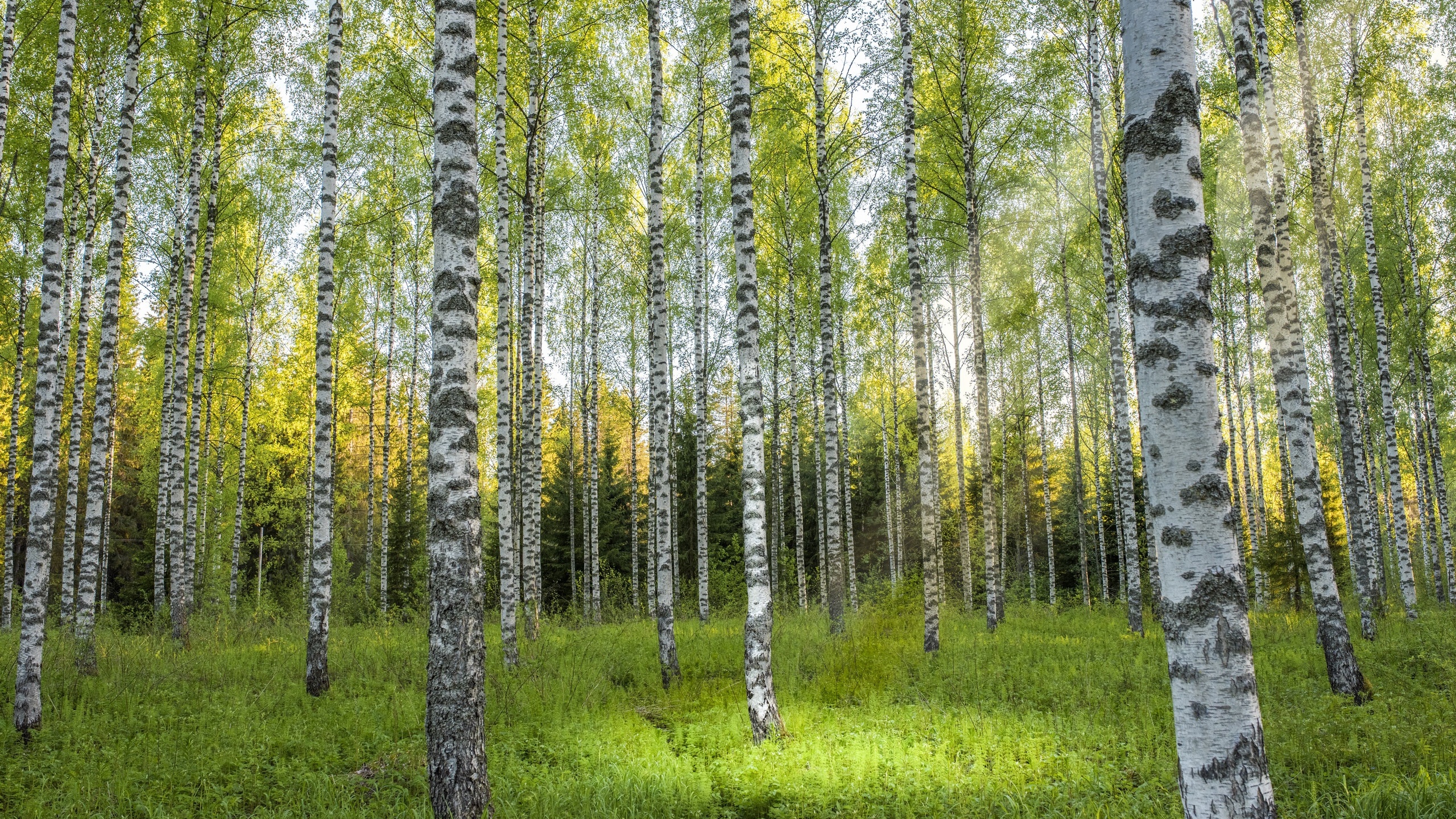 They are the trees that keep the leaves throughout the year. They are characterized by having the softest and most manageable wood. Some examples are pine, elm or cypress.

Softwoods are lighter and come from fast-growing trees, thus making them cheaper. These woods have advantages in fields where resistance to mechanical stress is not required from the material, as they are more ductile and easier to work with. 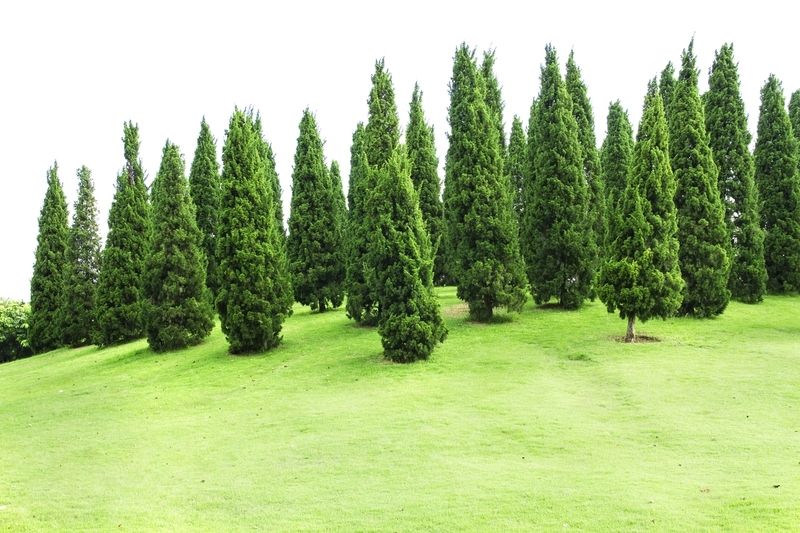 As it is an anisotropic material, it must be taken into account that, depending on the direction and orientation of the fibers in each piece, it will present different results in its physical and mechanical behavior. As in most materials, the properties of wood are evaluated through standardized tests that are applied to the material and determine the stresses to which it may be subjected. Through the tests, data such as the number of knots, the deviation of the fibers and possible cracks or defects are obtained. With these data, an estimate of the bending, shear or axial stresses that a part can absorb in the two stress axes (vertical or horizontal) is obtained.

The types of stresses that a wooden structure can normally be subjected to are summarized below: 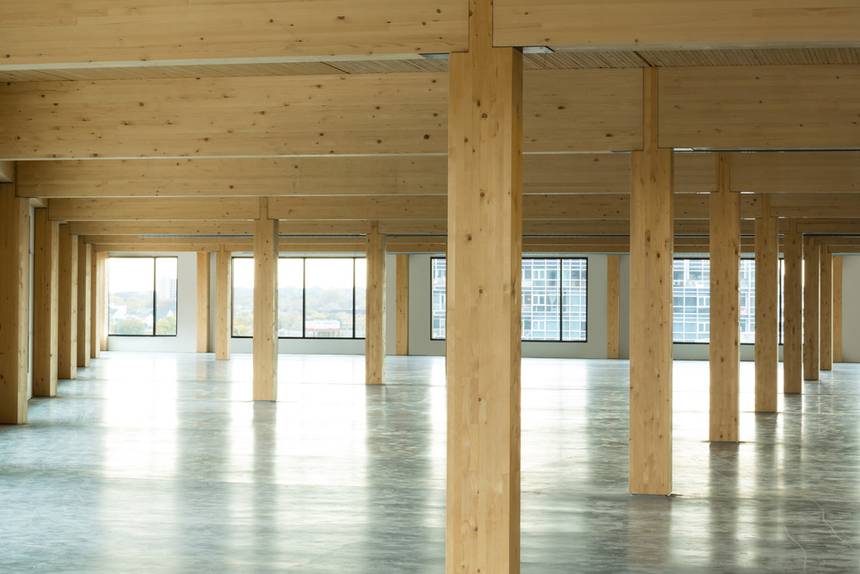 The resistance of wood to axial forces is closely linked to the hardness of the wood, like the vast majority of materials, the harder the piece is, the better it reacts to compression forces. That is why we will always prioritize hardwoods when looking for elements with resistance to axial forces. The hardness in wood depends on the degree of cohesion between its fibers and its internal structure.

These bending qualities are essential when evaluating wood in elements of the vertical structure such as pillars. 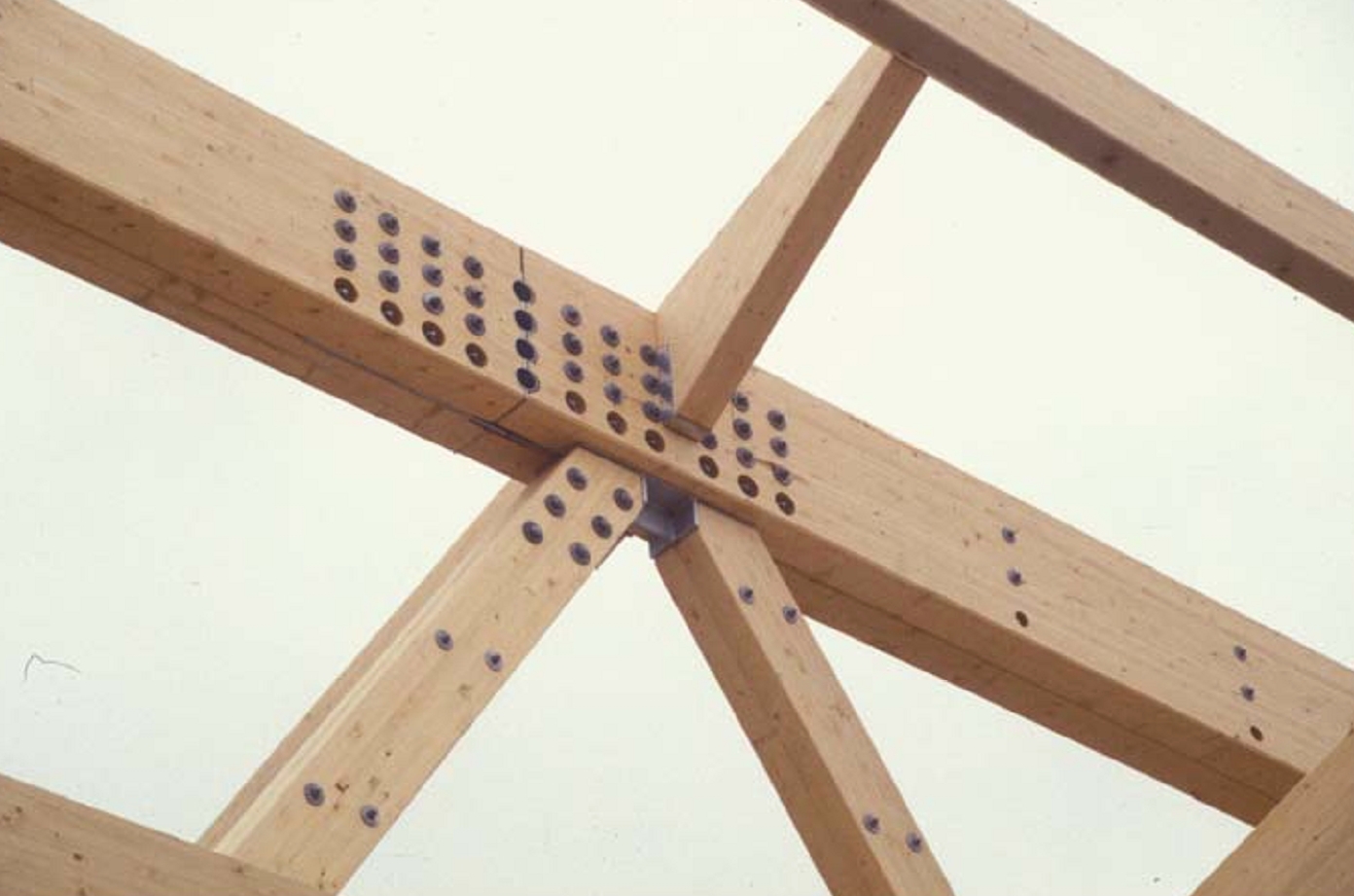 The tensile stress in a stress equal to that of compression occurs in an axial plane of the structural element. But contrary to the compressive stress this is a stress that involves a stretching deformation.

We find it in construction elements such as tie rods, in concrete elements within structural trusses, etc. 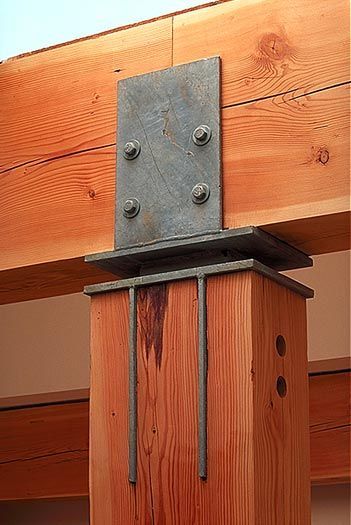 It occurs with greater intensity in the beams in the areas near the supports.

Bending is a combined tensile and compressive force, which occurs in a linear element supported at its two ends as a result of the application of a force in the center.

Within the world of structural construction, wood is one of the most elastic materials, especially compared to its density, in the sector and has a very good behavior against bending stresses. Younger woods with more humid origins are those with the best flexural capacity, thus prioritizing soft woods over hard woods.

These bending qualities are essential when evaluating wood in elements such as joists, beams or pairs of roofs.

We could say that wood has mechanical behaviors similar to steel: it resists and is adequate to withstand traction (stretching) and bending forces (the forces of a beam). For this reason, like steel, it has traditionally been used for the construction of beams and trusses.

If you want to know more about wood in architectural structures, consult our following articles: