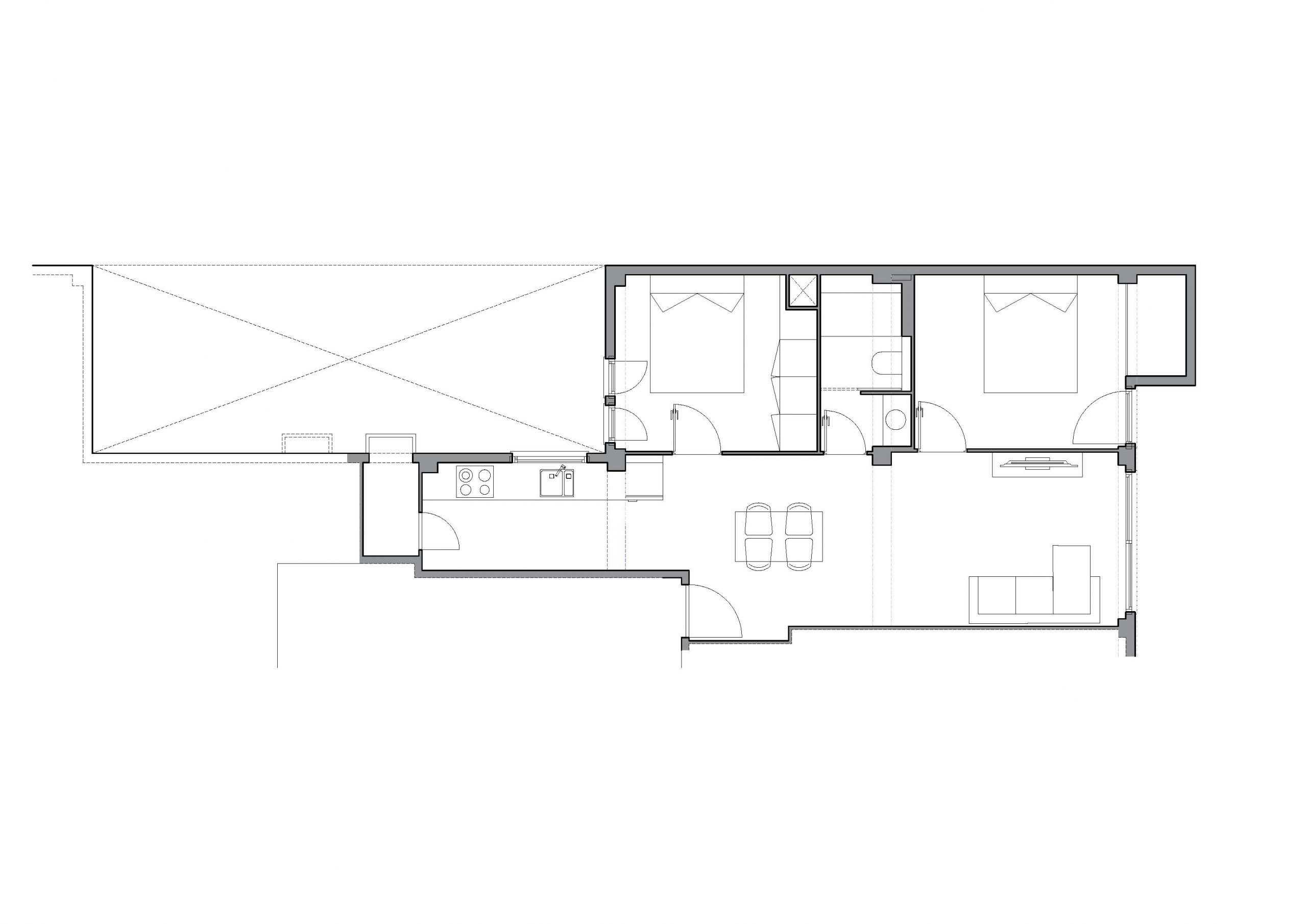 The house is located in a building from the mid-60s, which has a structure of pillars and one-way slabs, both made of reinforced concrete.

The interior layout, original since its construction, was quite irregular and variegated to be able to offer user comfort, with several receivers and distributors with unconventional accesses. Following a logic of daily use, and according to the clients’ objectives, a redistribution of the spaces was proposed. While the kitchen remains in the same location, the barriers that previously existed are demolished to be able to integrate it into the living-dining room, which does not move either. This unique space now also serves as a distributor for the two bedrooms, a new double (unifying two small bedrooms) and another that remains the same, also double. Likewise, the living-dining room gives access to the bathroom, significantly bigger than the previous one as it absorbs the distributor of the rooms. Apart from all this, all the finishes and facilities of the house were updated, adapting them to the project.

With the project, the objectives set by the clients were met, making the new home much more comfortable and adapted to the needs of its occupants. 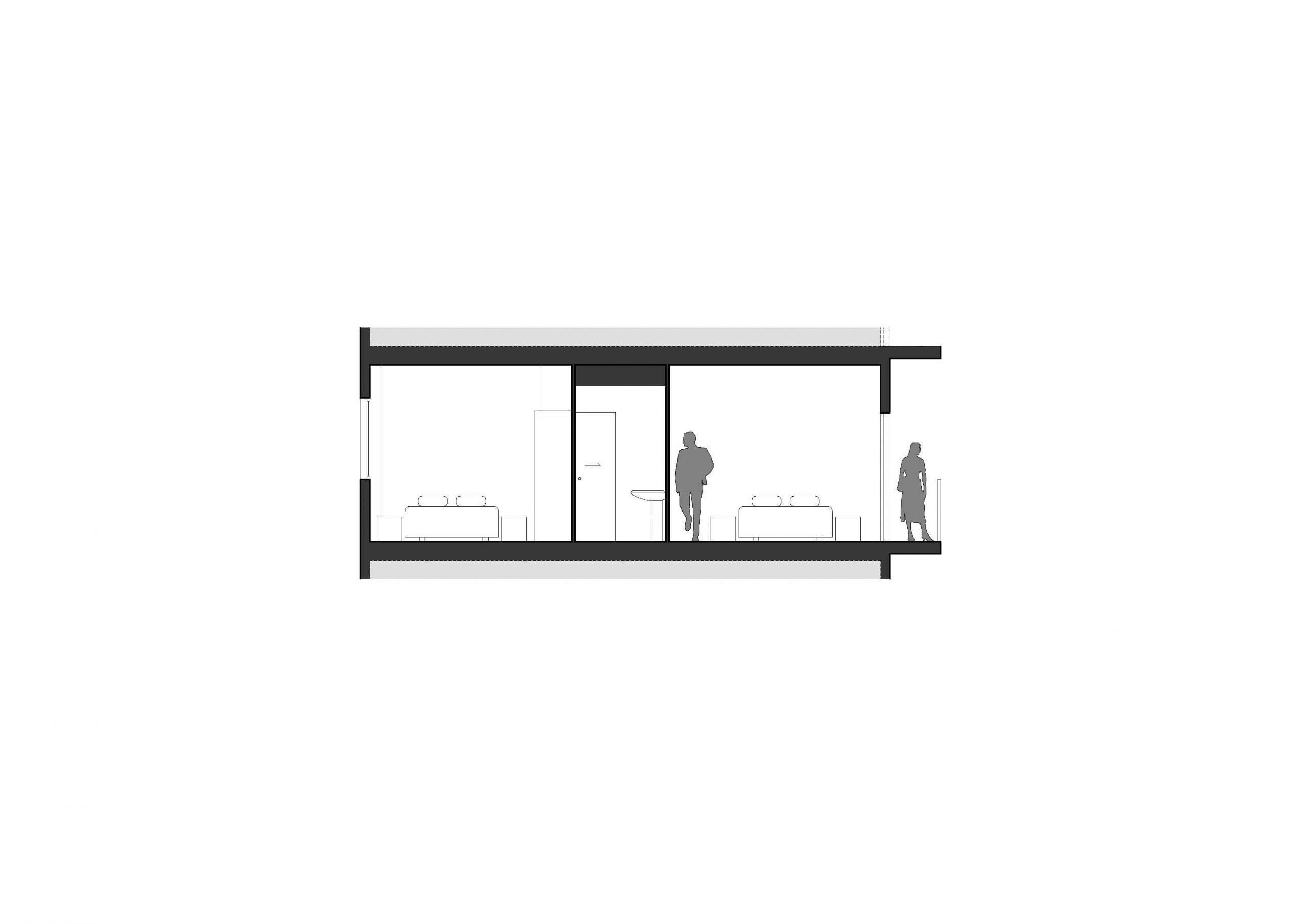 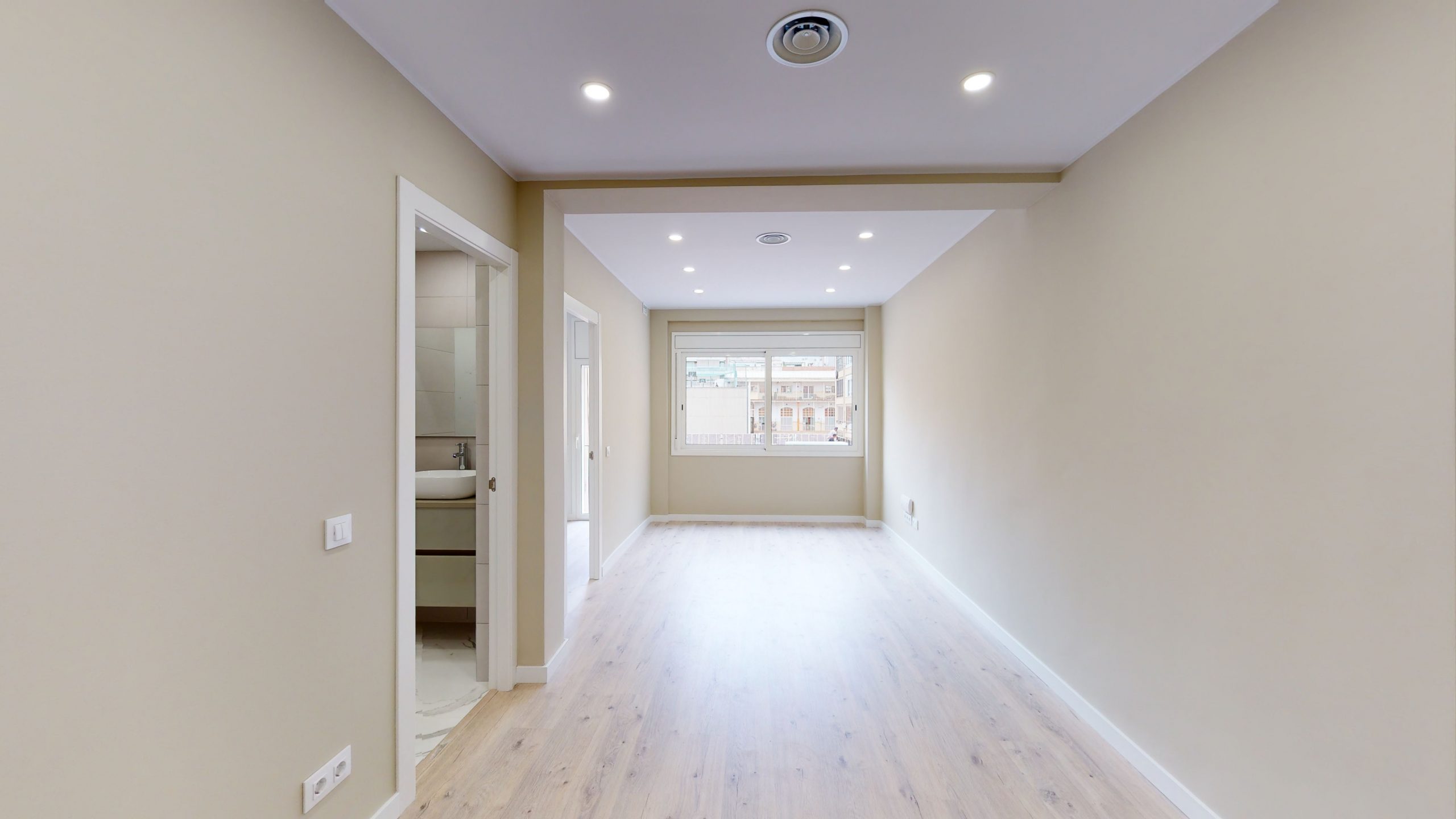 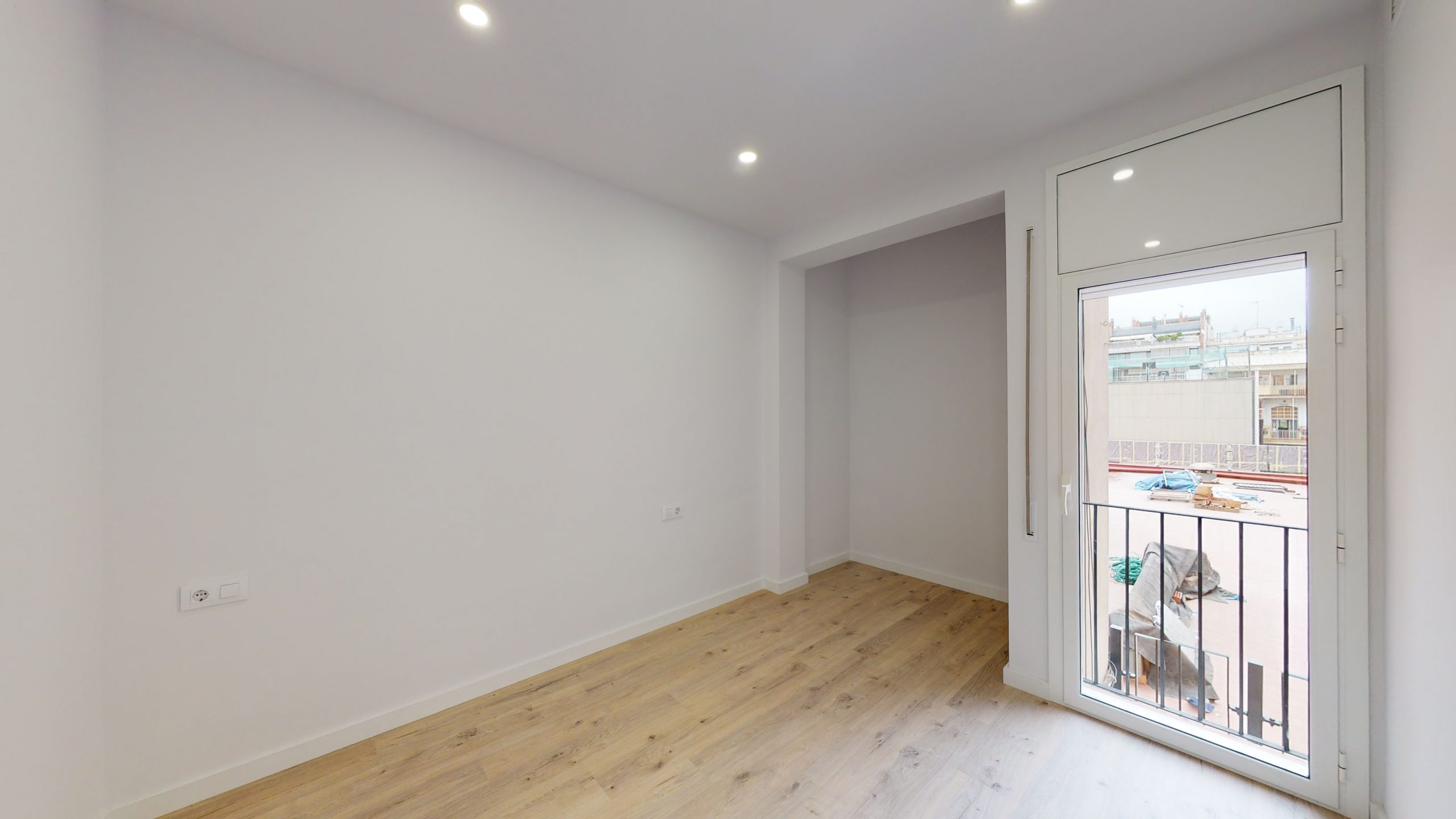 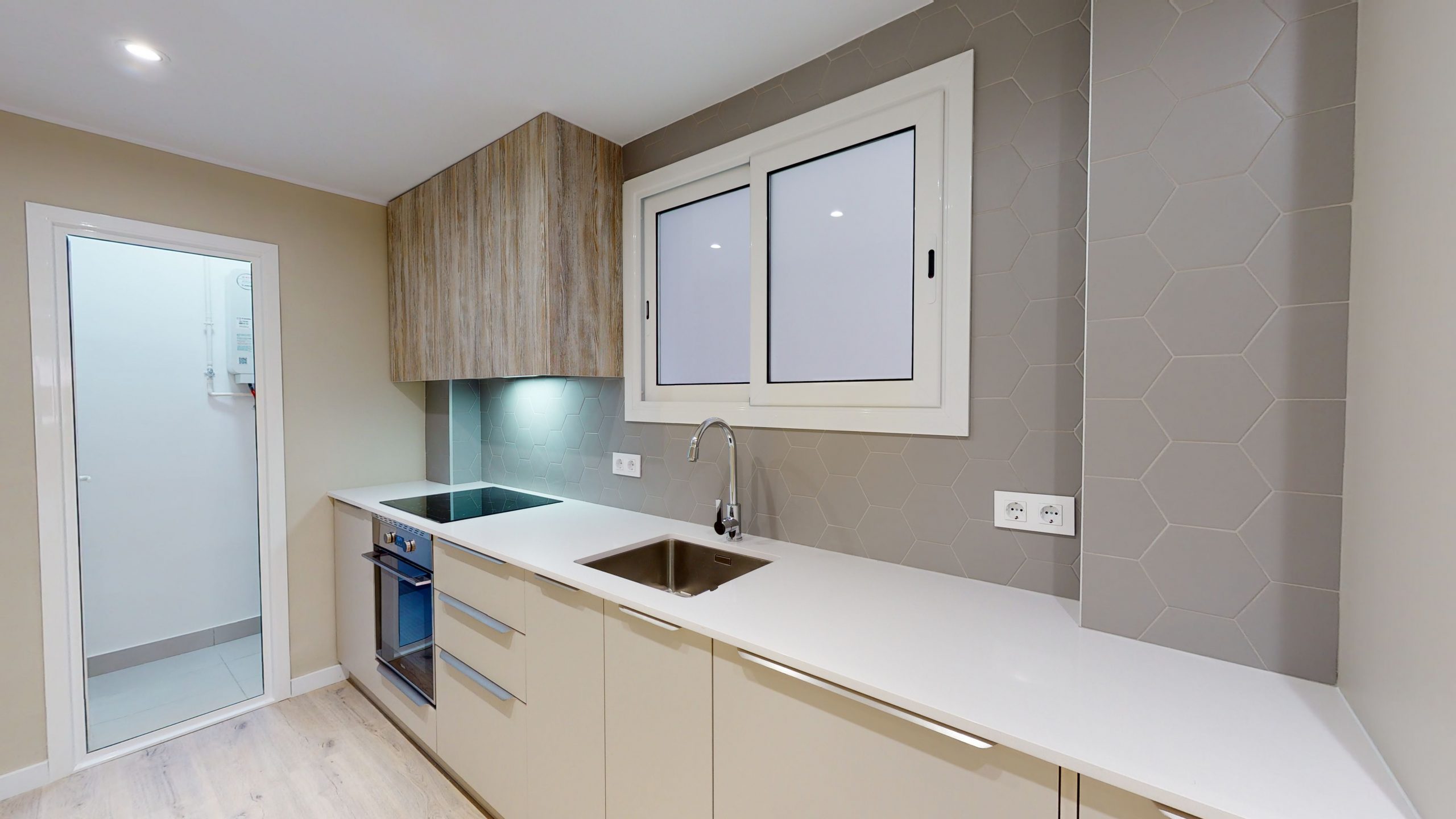 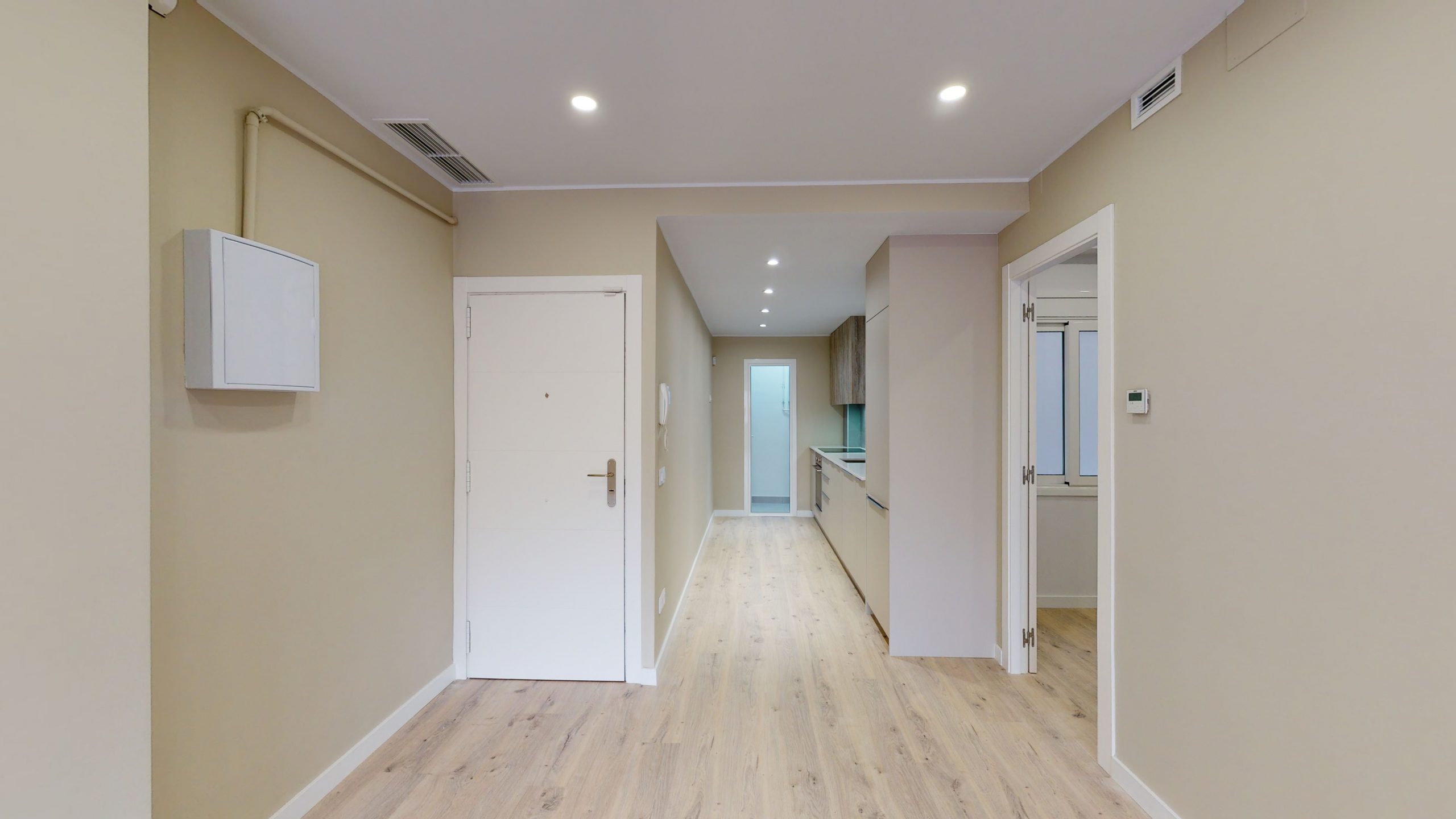