In a single-family house that we built 9 years ago, there was an old border wall with the neighbor which, after an intense period of rain, partially collapsed. 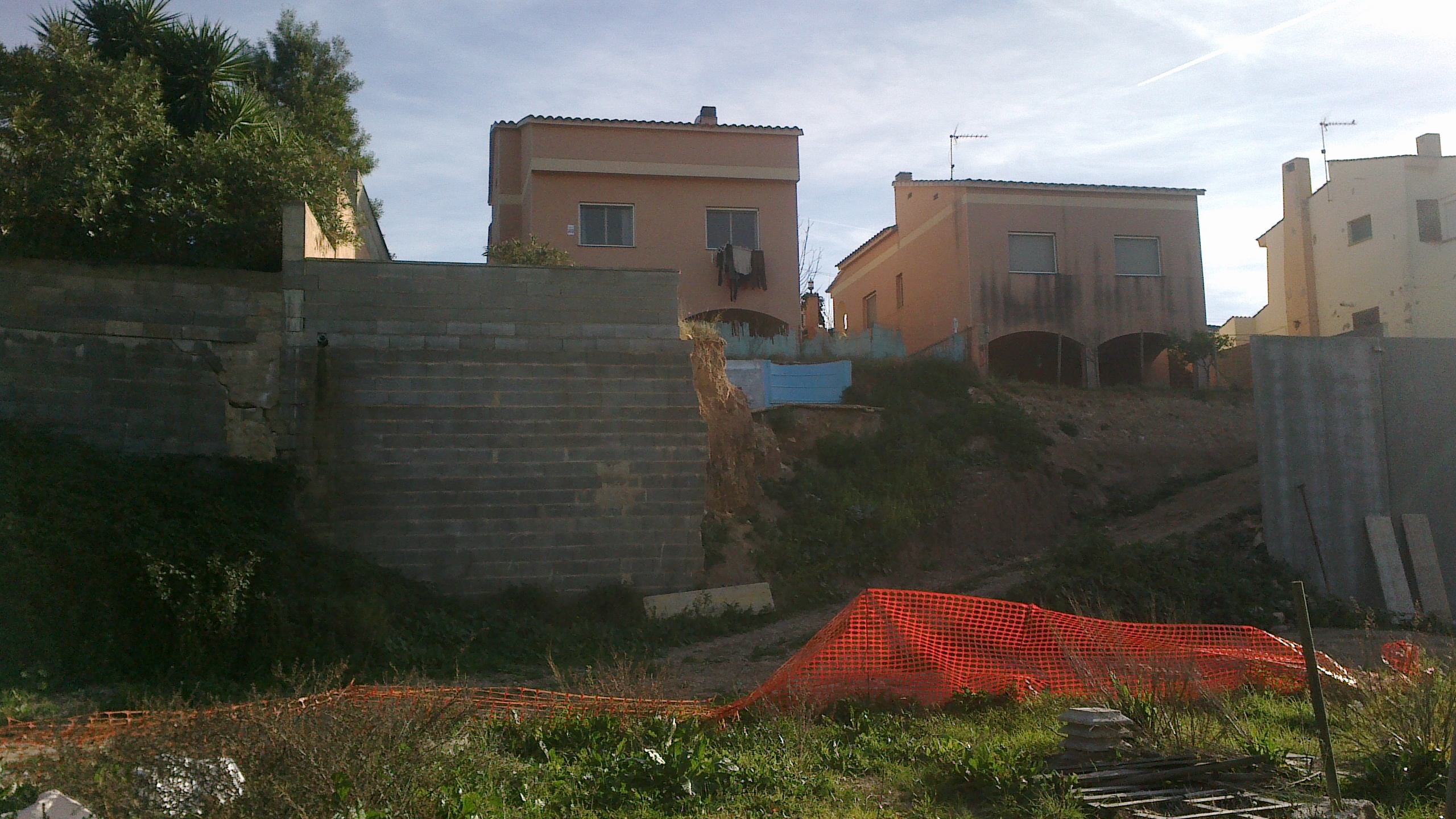 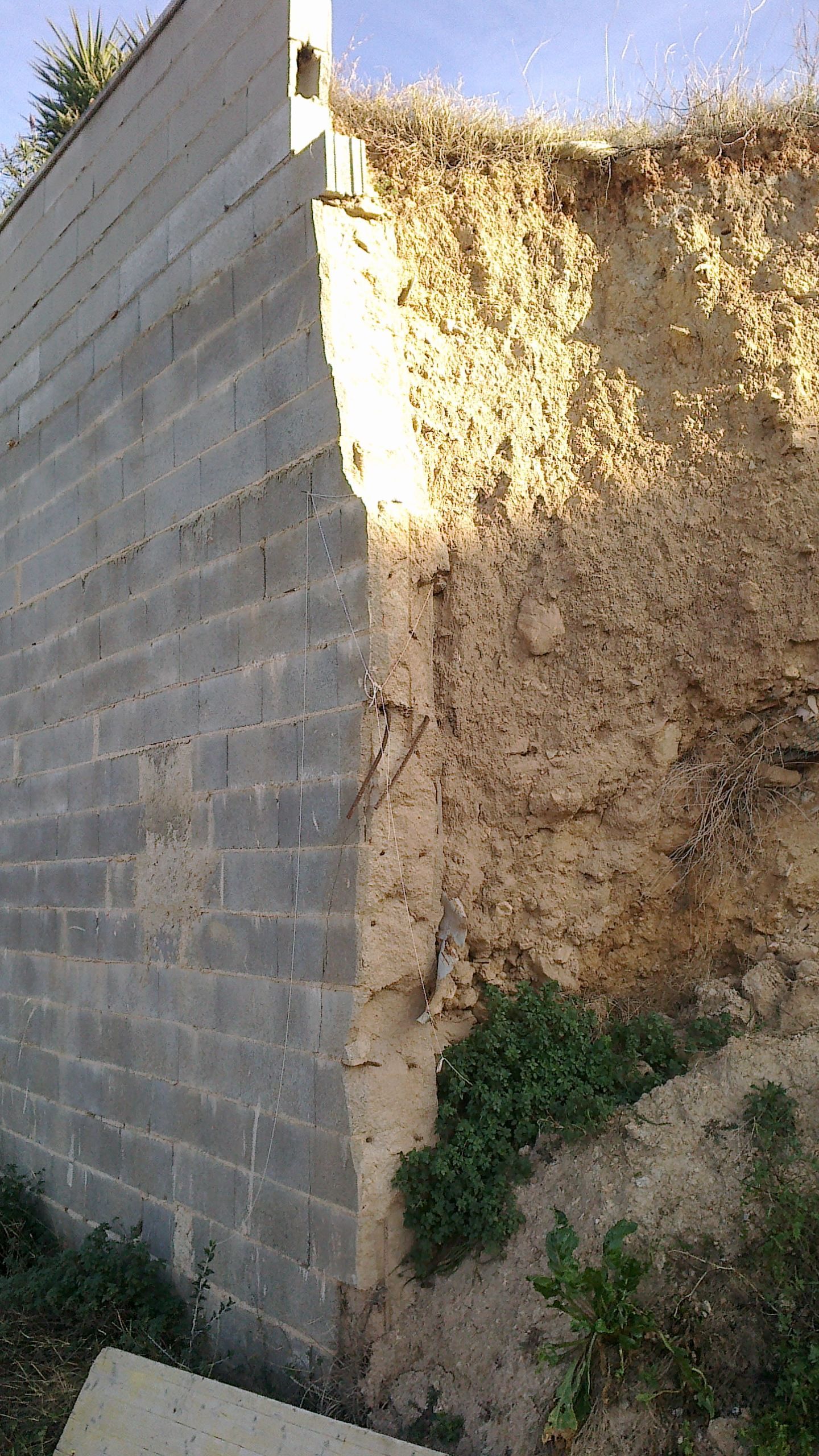 In the inspection we were able to verify that the pre-existing concrete block wall had a poor reinforcement ( observe in the photos that only shows clearly the horizontal and vertical reinforcement is barely visible a bar, and also centered on the wall! ) and the reinforcement was not tied to the foundation.

The project consisted of reinforcing the part of the wall that had remained in foot without completely redoing it, as this would involve a large earthmoving of the neighboring parcel and the client was not interested. Therefore, a solution was proposed that involved reinforcing the retaining wall cloth with a superficial reinforcement, linked to the wall with connectors, and two buttresses with their respective foundations.