Lately we have been fortunate enough to carry out the ITE of a block of flats in Bellvitge (Hospitalet de Llobregat) and verify that the precast concrete, contrary to what a well-known manufacturer of HA panels told us, withstands quite well the passage of the years.

These are blocks of flats built around 1965 with precast concrete panels. The ones we have visited were some of the first blocks built in bellvitge and some of the buildings where the prefabricated system imported from France began to be used. These 12-story buildings structurally function with H.A. and also concrete slabs that save very small spans (around 3 meters) and with the elevator shafts with bracing function.

Older neighbors complain that the houses in their block do not have a balcony, unlike the neighboring blocks that were built later. They also say that they cannot make doors in the interior load-bearing walls. Most remember that the plant where the concrete was made was provisionally set up on Avenida de Bellvitge itself and that some saw the precast panels being formed in-situ, worth the contradiction. They say it was built very quickly, around 10 homes a day. Impressive.

You can find more information about the buildings in these links: 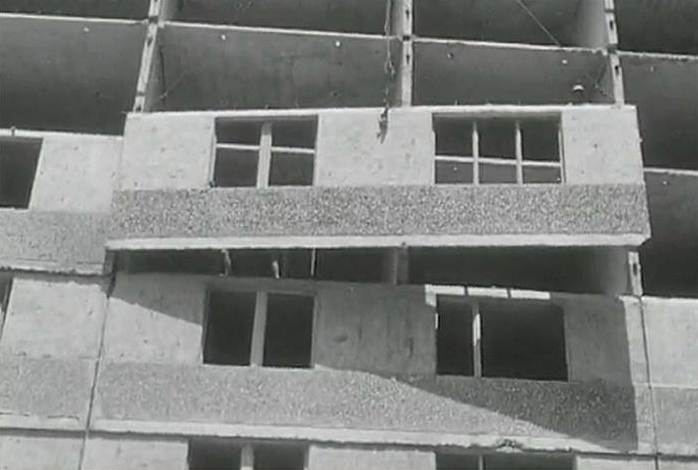