In the article wooden structures I / III We learned about the material from a mechanical point of view, in today’s article we will see the different structural typologies in which wood is a fundamental part.

2. Typology of the wooden structure

The uses of wood in the field of construction are widely applied, it can be used as a material for structural elements (pillars, beams, joists, lintels, etc.), within the envelope system of a building (thermal insulators, waterproof layers, exterior voids, etc.), finishing elements (flooring, vertical walls) or decorative elements (furniture, rugs, moldings, etc.). The following discussion focuses on the uses of wood as a material for horizontal structural elements.

Natural wood suffers from a lack of homogeneity in its behavior and its susceptibility to attack by fungi and xylophagous insects. The laminated wood is formed with sheets glued by means of high resistance resins and pressed. This constitution makes the performance of the element much more homogeneous and better resistant to attack by agents that can cause deficiencies. It is common to use laminated wood in high-performance elements: structural boards or beams, panels to resist changes in humidity or temperature, etc.

In Europe, with the passing of the years and the technological development of new techniques and materials, wooden beams and joists have been slowly replaced by materials that are easier to work with and therefore cheaper. Even so, there are areas of the planet (Asia, US residentials or India) where wood is still used in the usual way when constructing the horizontal structure of a building.

The span of a beam, in the language of structures, refers to the distance between the supports.

When sizing the structural elements of a slab, the concordance that the spans, inter-axes and inter-beams must have with each other must always be taken into account.

The light is the distance, in horizontal projection, that exists between the supports of an element of the horizontal structure.

The deflection of a horizontal structural element is the distance between the central fibers (neutral axis) of a piece at rest and the central fibers of the same piece subjected to the required load. In other words, the arrow determines if the material deforms little or a lot and this deformation is more pronounced in thinner or thinner elements.

For two pieces of identical section, the deformation arrow will be greater when having larger spans. The maximum light allowed by a beam in Spain is determined by the technical building code (CTE), defining the following maximum arrows.

The support of the wooden beams and joists should never be carried out directly on structural elements of another material, but must be supported on waterproof materials. In this way, it is avoided that the water that may contain walls or pillars does not ascend to the wooden elements and can cause deterioration in them. To prevent this moisture from entering, the heads of the beams and joists are usually painted with protective paint on all their faces to a depth calculated as double the delivery. Possible support systems for wooden beams and joists are shown below.

3. Some typologies of wooden structures

The timber frame is a structural system that is made up of many closely spaced pillars forming load lines. This system is suitable to save costs, it does not require large machinery to move the elements because it is made up of small parts. 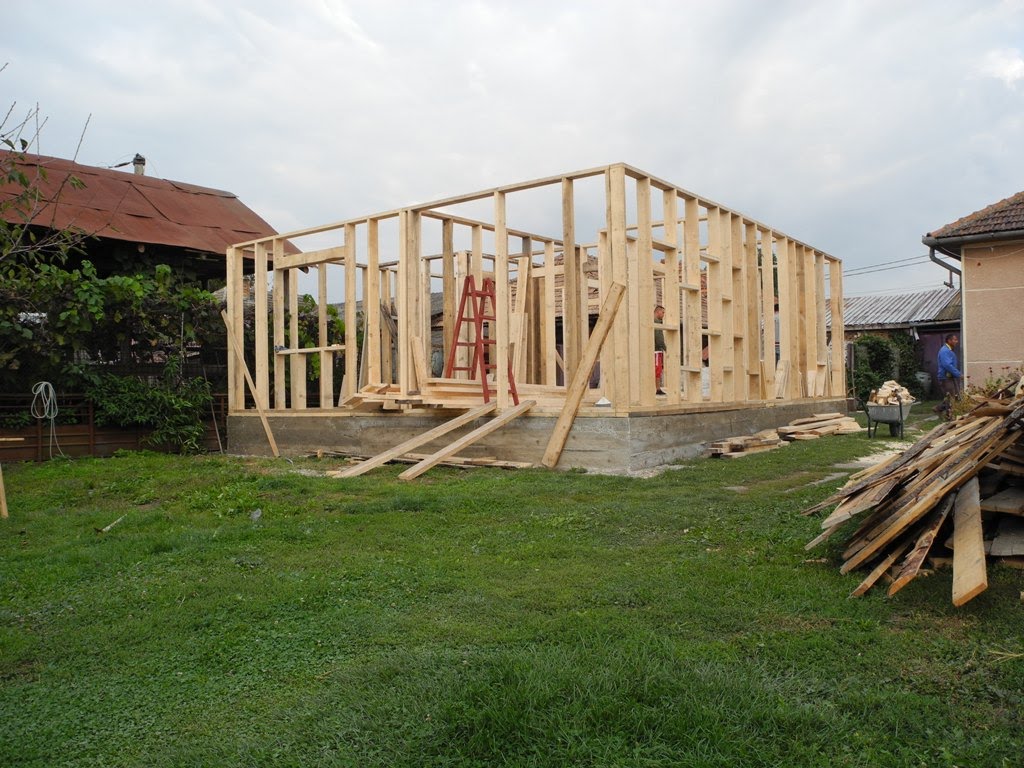 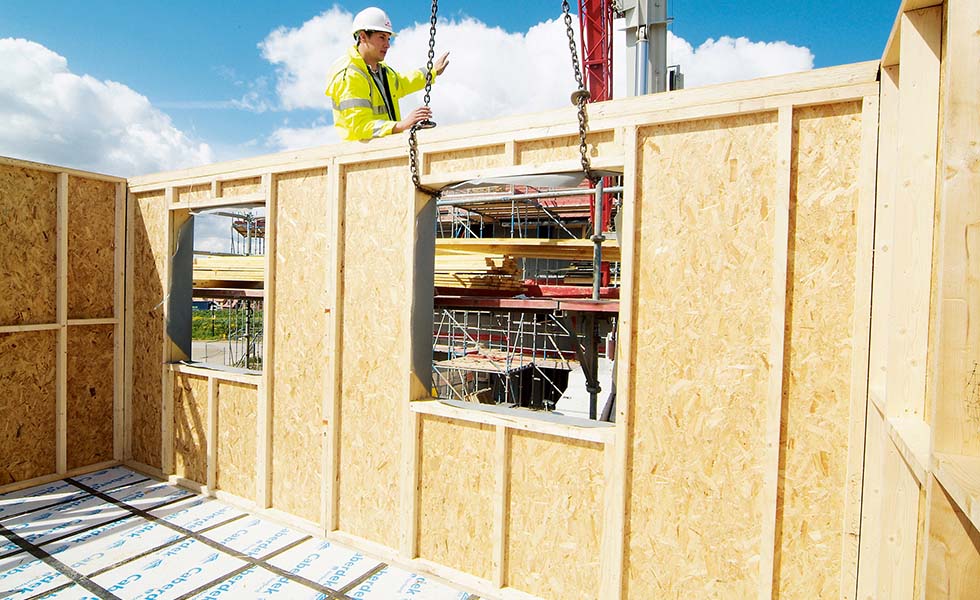 The prefabricated panel structure is made up of panels, generally of maximum dimensions of large to be transported by truck and placed with a crane. The material is normally made of cross laminated woods which, as we have seen, has very high structural performance.

The cost of building structures with this type of panel (which can also act as one of the façade layers) is higher than the timber frame, however, to build with high performance with wood they are very suitable. For example in wooden buildings that are very tall. 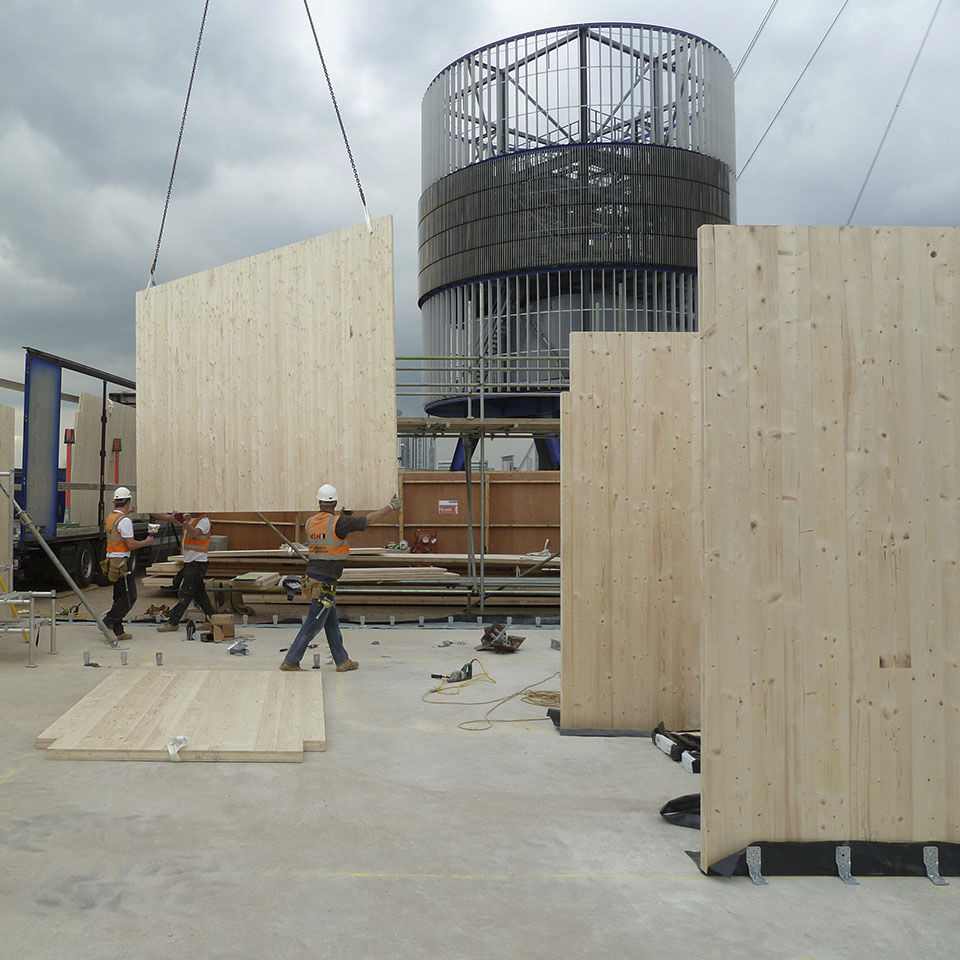 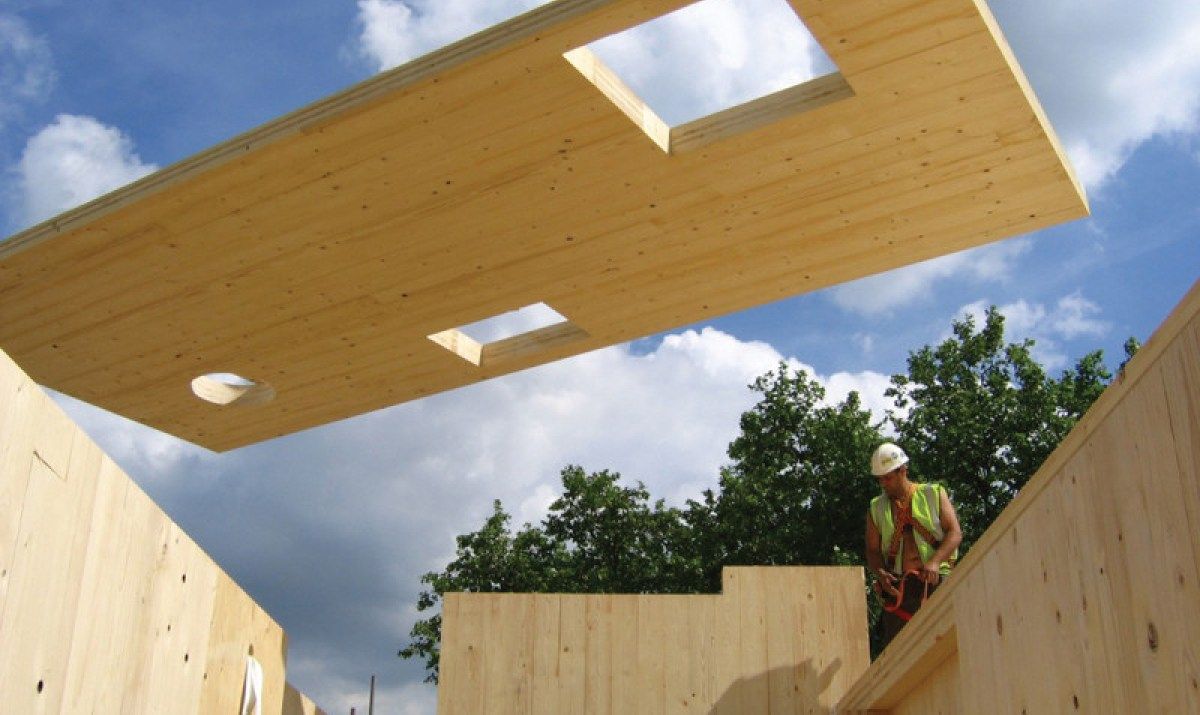 To cover large spans, you cannot count on solid beams because they weigh a lot in relation to their strength capabilities. For this reason, composite “beams” are made, which lighten the structural element without impairing its resistance capabilities. And it is not only steel that trusses are built. The elements that make up a truss can be made with wood, although the joints are normally made of steel. 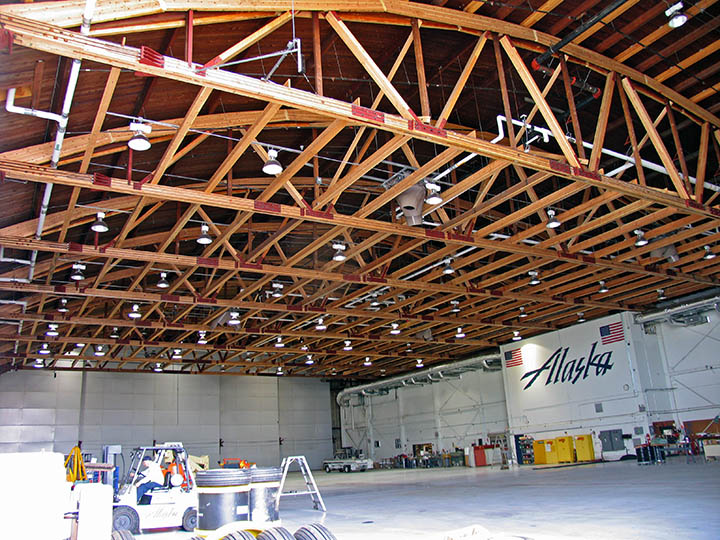 If you want to expand your knowledge of wood in structures, consult our articles: