4. The most common injuries

Injuries to construction elements are the deterioration of the materials that compose them, this leads to permanent and damaging alterations that modify the original properties of the materials. In all injuries there is an affected constructive element, called “patient”, and an aggressor element, which is called “agent” .

The deterioration in wooden elements, such as beams or joists, always starts from the outside inwards because the outside area is the weakest and in turn the most exposed.

4.2 Areas to be inspected in a tasting plan 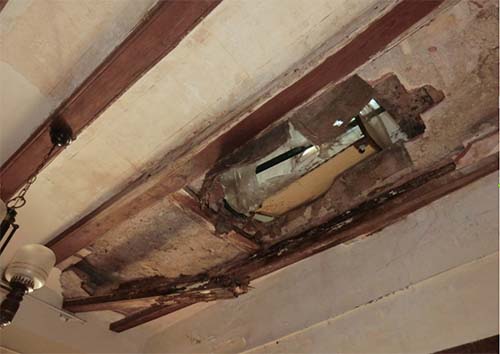 In a building there are areas where the structure has a greater risk of presenting injuries, these high-risk areas are the most humid or critical points of the structure where there are joints of wooden elements with elements of another material. In these areas it is necessary to carry out a tasting, which is nothing more than an opening through which to look at the state of the building’s structure.

The areas to prioritize during a tasting plan for the two factors above are:

With the tastings, the aim is to check the structural and constructive hypotheses of the building and thus define a correct analysis of the systems and a check of the load status of the elements.

Thanks to the tastings, a correct diagnosis of the state of the elements can be carried out in order to apply a precise response to the problems that affect them.

Because wood is of organic origin, in addition to being susceptible to environmental agents such as water or the sun, it is susceptible to attack by living agents, called xylophages. 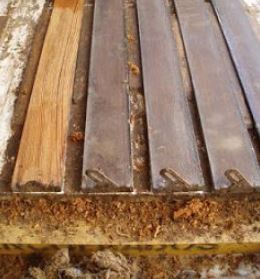 When wood is exposed to solar radiation for a long time, it degrades the wood, causing oxidation of the carbon in the outermost fibers. If after this oxidation water falls on the damaged surface, it is easy for the appearance of microorganisms. In practice, the water and the sun act in combination and enhance each other, multiplying their effects. 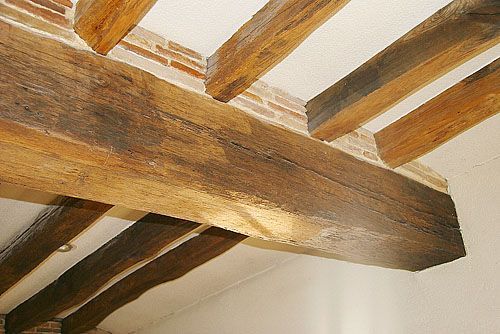 One of the main causes of wood deterioration is rapid changes in the humidity level. When a wooden element is soaked by water, whether in a liquid state in the form of vapor, it is rapidly absorbed by capillarity by the surface layer of the wood, followed by absorption in the walls of the cells. The difference in humidity between the interior of the piece and the surface layer that remains soaked causes a state of internal tension in the piece, this is the reason why the wood swells and deforms.

This deformation causes changes in the structural capacity of the elements that, if not foreseen, can cause the parts to break and ultimately the partial collapse of the structure. 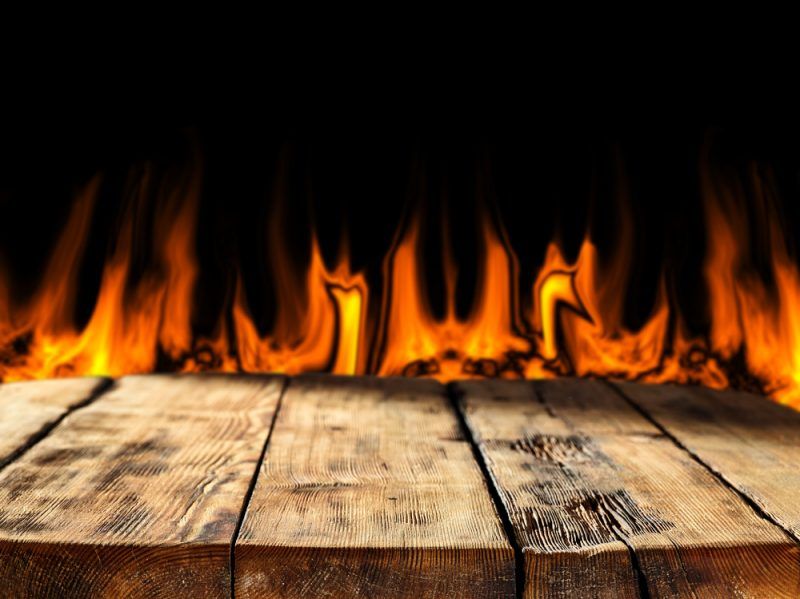 In the event of a fire occurring in a building, it is very important to be able to contain it and prevent its spread, which is why the regulations in charge of regulating the materials used in construction require a minimum resistance and reaction to fire for each case. Wood is a material that has a fairly good fire resistance since it is able to continue supporting the loads of the building for long periods of time after it has started to burn.

The problematic part of wood is found in the reaction to fire since, unlike other materials, it does not melt, but rather generates flames that accelerate the spread of fire. To avoid this problem, it is mandatory to apply fireproof paints or foams that delay the appearance of flames.

Fungi are plant organisms that reproduce by spores carried by the wind, they appear on pieces of wood when conditions are favorable. For their development they need air, constant humidity and a slightly high temperature. There are two classes of fungi, the chromogenic fungus and the rot fungus.

Chromogenic fungi feed on the cellular content of “living” wood, that is, only on the outermost layer. The only important effect they produce on wood is the change in color, generally bluish, since in general they do not affect the mechanical resistance of the material.

Rot fungi if they feed on the cells of the inner layers of the wood, thus causing a loss of resistance of the material. These mushrooms can be white or brown in color. 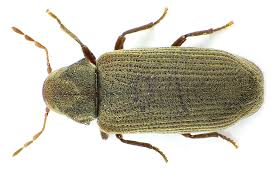 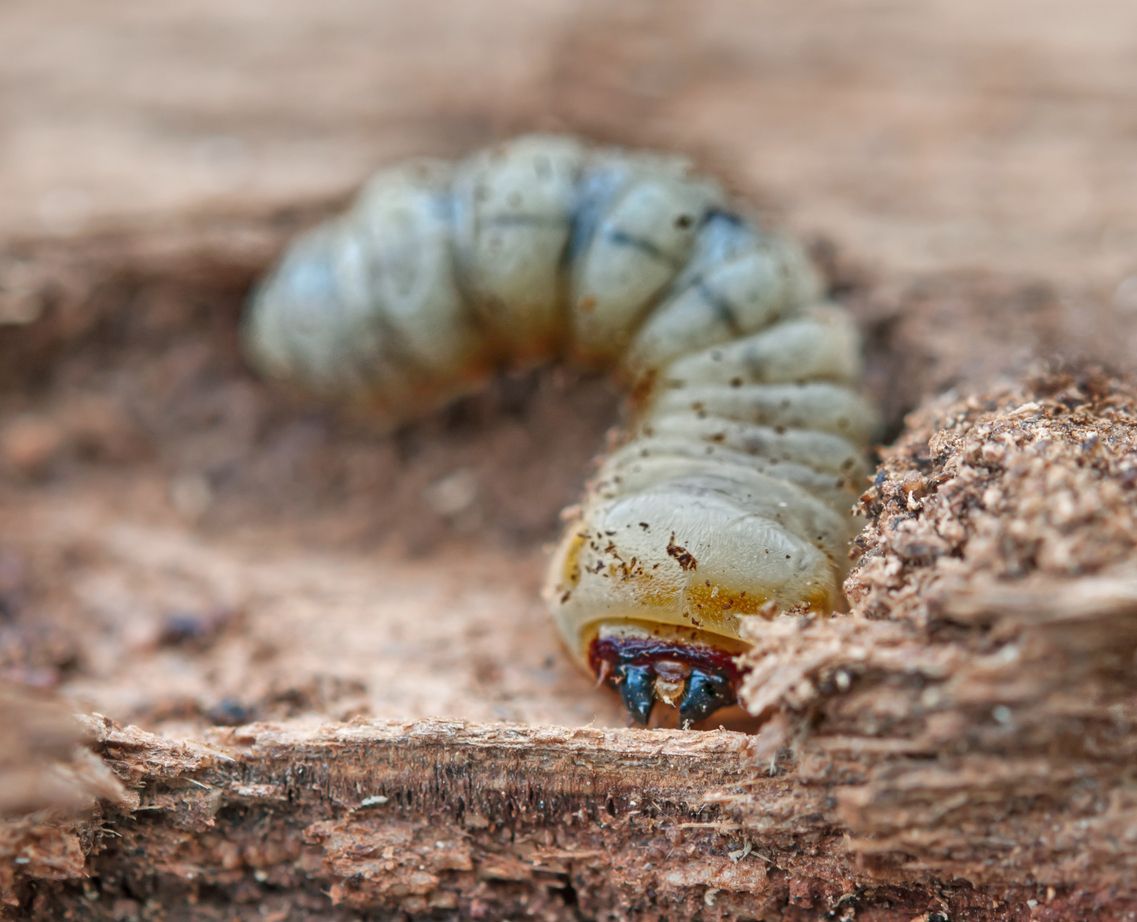 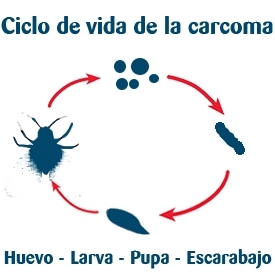 Larval cycle insects are characterized by feeding on wood during their larval stage. These insects lay their eggs inside holes or cracks in the wood and that is where the larvae hatch, they feed on the wood making galleries that reduce the resistance of the piece. The period in which one of these larvae remains inside the piece is very varied, and can fluctuate between a few months and more than ten years. Eventually, these larvae transform into adult individuals with wings that break through the surface layer of wood to fly off and mate.

Finding exit holes on the surface of a piece of wood indicates that at least one generation of these insects has lived inside it, and other larvae are likely to be found inside today. 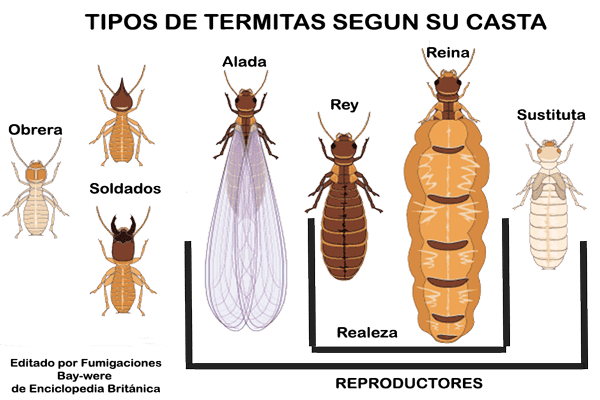 Termites are photophobic so that normally we will only see their residues, this makes them more difficult to detect and more dangerous than woodworm

The ends do not usually produce exit holes in the wooden pieces since they avoid light of any kind and therefore by accidentally producing an exit hole in a piece, they quickly cause it to be covered. This fact makes it difficult to detect colonies and therefore in many cases they are not discovered until they have seriously damaged the wood. The most efficient ways to detect termites are the following. 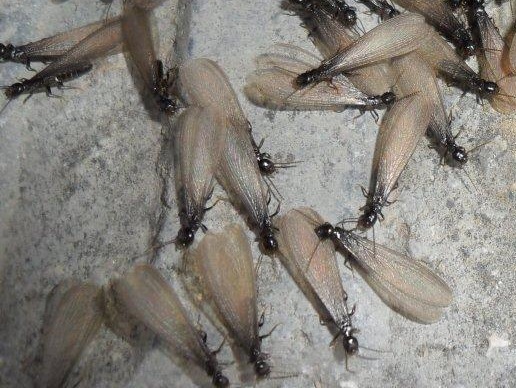 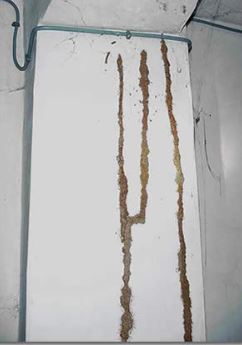 To avoid the development and appearance of pathologies in the wood, they must choose the most appropriate action methods based on the current state of the pieces.

Prevention is based on improving and / or correcting external aspects of the structure, such as reducing the level of ambient humidity, eliminating unnecessary loads on the structure, recommendations for the correct use of rooms, etc.

With prevention, we do not produce direct improvements in the qualities of the wood, but we do hinder the appearance of favorable conditions for most aggressive agents.

It is about repairing or rehabilitating small injuries that have not generated a significant loss of mechanical resistance in the wooden elements. In these cases, specific actions are applied to avoid a future aggravation of the injuries, although they do not contribute to an increase in the mechanical capacity of the piece. Some examples are the sealing of cracks, improvements in the supports, application of intumescent paints or foams, injection of insecticides, etc.

This method seeks to correct the injuries that have caused significant losses of the characteristics of the elements and that for safety or health need to be corrected. In these cases, the pieces have been damaged enough to require rehabilitation, but for reasons of constructive ease or for economic reasons it is more appropriate to carry out a reinforcement instead of a replacement. 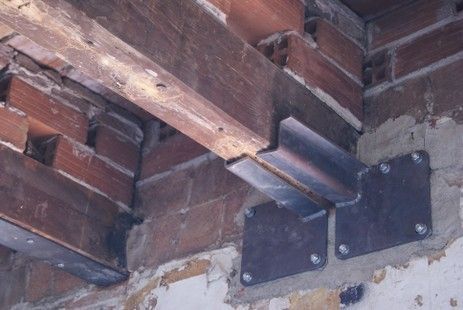 It consists of the complete elimination of the damage element and its replacement by a new one that provides capacities, equal or superior, to the existing one. This intervention is usually used when the element is seriously damaged and its replacement is cheaper than its repair or rehabilitation. The most relevant example is the replacement of beams, removing the damaged beam and putting a completely new one in its place. This intervention requires temporary structures to support the loads of the beams to be replaced.

This intervention consists of completely canceling an element, without actually removing it from its place. It is used in the same situations as physical replacement but when there is a real difficulty in removing the damaged element, or in cases where the presence of the damaged element will not interfere in the future. In these cases, the structure is reinforced with a new element that supports all the loads that the damaged element should have borne on its own, thus leaving the original element as a support element instead of as the main one. The most relevant example are the cases in which a new beam is adhered just below the damaged beam, the new beam supporting all the forces requested by the structure.

We present below the most common interventions when finding pathologies with structural affections in wooden beams and floors.

4.5.1 Lower addition of a metal element in a slab. Tensile resistant band. 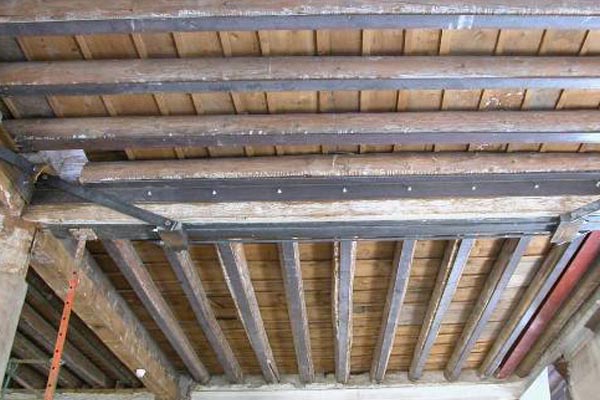 In cases where a beam is subjected to a load greater than that which it is capable of supporting, cracks appear in the central lower zone. To increase the load that the beam can withstand, a steel band is attached in its lower area, it must be slightly separated from the existing beam and they are joined by connectors in the rooms of the light, placing a total of 3 connectors. With this process the inertia of the beam is increased and it is achieved that the steel collaborates in the transmission of loads with the existing wooden beam.

This process has many advantages.

This process is simple and inexpensive to carry out and can be carried out on continuous or isolated beams. 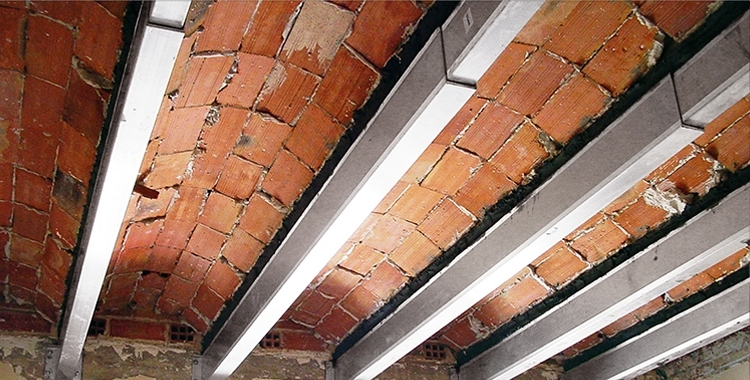 When the excessive load to which the beam is subjected is causing an excessive deflection, it is likely that the part has been seriously damaged and can no longer recover its initial mechanical properties. In these cases it is usually more economical to carry out a functional replacement with industrialized elements instead of a physical replacement. The commercial houses that manufacture these types of elements are NOU-BAU , MECANOVIGA , etc.

In a functional replacement, a steel “box” is formed around the beam, remaining independently anchored to the floor. It seeks to completely cancel the mechanical work of the existing beam and that it is this new steel “beam” that supports all the structural loads. The profiles that are placed around the beam will be connected to each other directly and never through connections with the existing beam. This process is significantly cheaper and faster than the physical replacement of a beam. 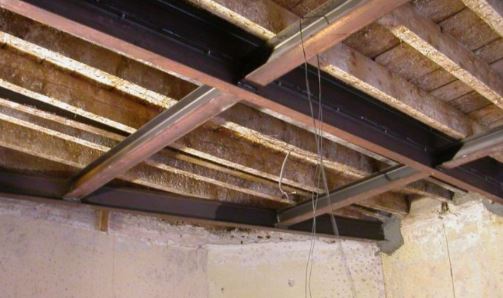 The application of this process is possible in existing unidirectional floors with large deformations and allows to considerably reduce the maximum bending moments, both positive and negative, to which the beams are subjected. With this system it is possible to improve the transversal behavior of the slab and avoid future deformations in the already deformed structure. 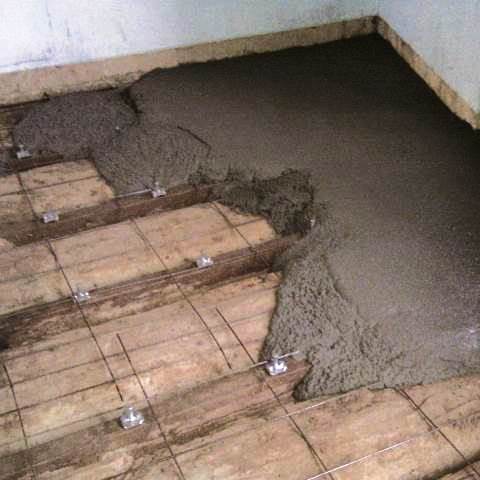 It consists of placing a layer between 5 and 10 centimeters thick above the wooden structural elements, this layer can be made of reinforced concrete or wooden plates. Finally, this layer is connected to the existing floor by means of steel connectors.

By means of this system, an increase in the inertia of the slab as a whole is achieved, which provides greater rigidity and monolithism that largely eliminates possible vibrations. The tensile capacity of the assembly and the response to the lateral forces of the building are also reinforced. 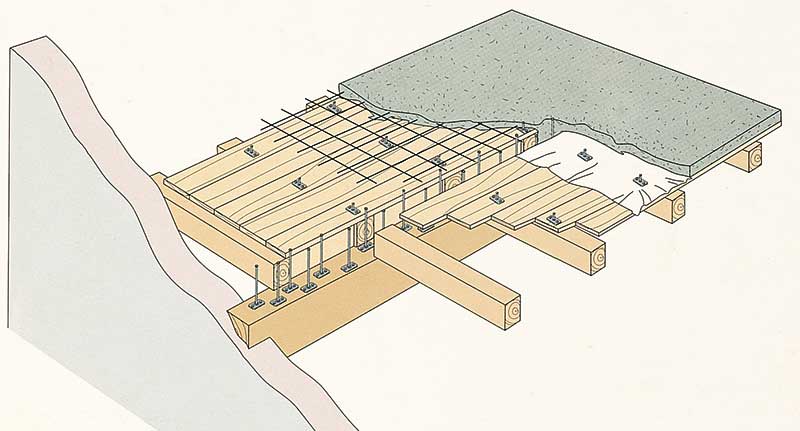 This is an ideal system in wooden floors because not only the mechanical capacities of the floors are greatly increased, but also the wooden elements are protected from agents capable of degrading the wood.