Why are there bad smells in my house?

Why are there bad smells in my house?

Have you repeatedly searched for any dead animals hiding in your home? Do you sometimes think someone forgot to flush? This is because you have detected an unpleasant odor and you do not know where it may come from.

Where does the bad smell come from

Unless something exceptional has happened, bad odors in a home come in 99% of cases from the sanitation network, that is, from the sewers. The normal thing is that, in the construction of a house or a flat, elements are available in the sewage pipes that prevent the passage of bad odors as well as some animals that can live in public sewers (rats, beetles, etc. )

How to build buildings and houses to avoid bad odor

Now we will explain how the siphons can help us in this regard. At the entrance of the buildings (provided that it is well done clearly) there is (as mandated by the reference building regulations, the DB HS of the CTE) a siphon chamber. This provision means that animals that can live in municipal sewers cannot enter our building and go up the drains. In addition, there must be other siphons in the small drainage network, that is, in the sinks and kitchens. The siphons can be integrated into each element, or in the case of the sink they can be shared. For example, the toilet always has a siphon built into its structure, for this reason we always see water at the bottom. The Decree of Habitability of Catalonia requires that all toilets have siphonic devices. 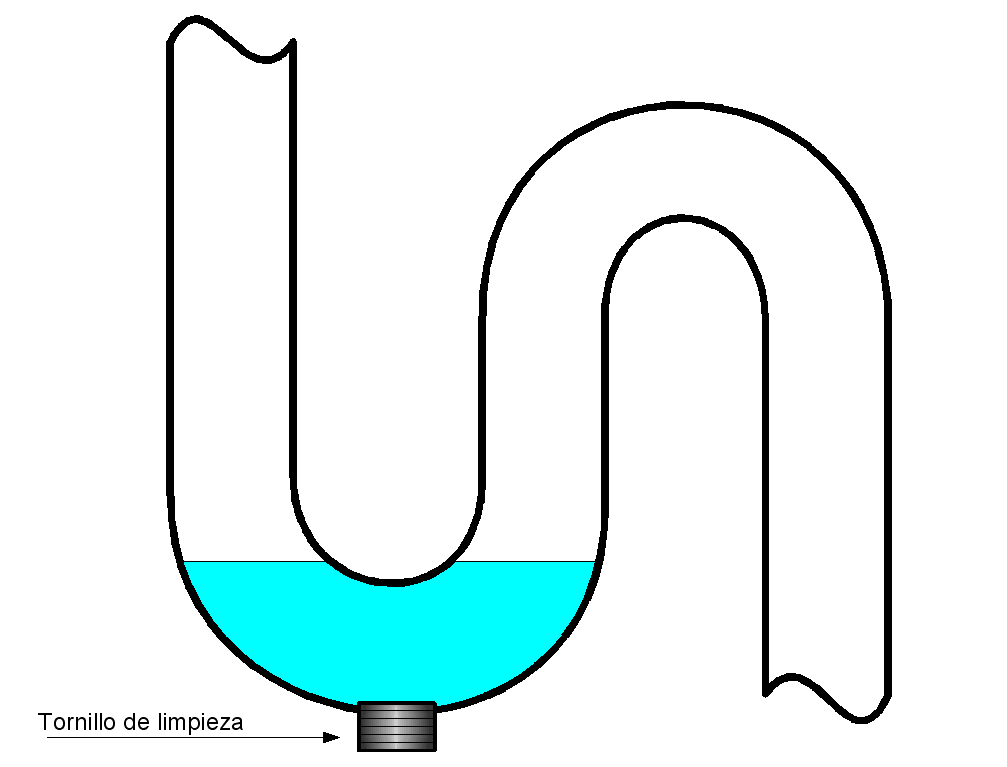 The Siphon can have many shapes, but its objective is to have a “hydraulic tape” that is to say , that there is always a section of conduction that is full of water. The fact of being full of water means that bad smells and animals from one side cannot pass to the other. There are siphonic manholes, siphon terrace drains, siphons in kitchen sinks, tubes that act as siphons, etc.

Look at the image above, the ideal siphon concept would be a hose that makes an “ese” and always leaves an area saturated with water through which the air with bad odors cannot pass.

What can we do when we detect bad odors

Surely you have noticed that sometimes when we return from a long vacation we are surprised by an unpleasant smell when we open the bathroom door. This is because the water in the siphons has dried up because no one has used the water in a long time. The water in the siphons is renewed with the use we make of the tap in the washbasin, the sink, or in the case of the terrace drain due to rainwater.

When that water dries up, the siphon is not working and there is no hydraulic plug in it, so the odors from the community sewer drain can pass through and reach our noses.

Here are some solutions

Look at the photos below, in all these cases there are siphons:

If you have a specific case and you want to explain it to us, contact us and take the opportunity to do the inspection of your building