Skip to content
Previous Next
Mold, what constructive deficiency can cause it?

To explain this common building defect, we will summarize the most common cases and provide a concrete example. This deficiency basically consists of the growth of plant organisms in the interior part of the envelope of our buildings. This can lead to health problems and harm the health of building occupants, leading to respiratory and allergy problems.

It is observed that these lesions manifest themselves in the two bedrooms studied in a sensibly symmetrical way: we found them both on the ceiling, in the area where the slab (roof) meets the dividing wall (separation wall between neighboring houses). They both have a similar “constellation” shape and greenish color.

It is observed that in the East bedroom, the aforementioned lesion becomes larger and more intense in terms of size and color in proximity to the façade. In the West bedroom, the aforementioned lesion is located along the entire wall as well as in the East bedroom, on the ceiling where it meets the dividing wall. We can distinguish three types of shapes: a linear concentration on the edge between the facade and the dividing wall, isolated isolated appearances on the roof, and a linear appearance on the perimeter of the window.

It is observed that the texture, shape and color of the stains is characteristic of the presence of mold.

Figure 2. Linear mold on the edge between roof and facade

Figure 3. Mold in specific spots on the ceiling [/ caption]

CAUSES OF MOLD ON WALLS

The cause of surface condensation is in most cases an insulation problem that makes the wall so cold that the vapor from the environment condenses. Just like the windshield of your car when it’s cold outside, on a wet and rainy day. 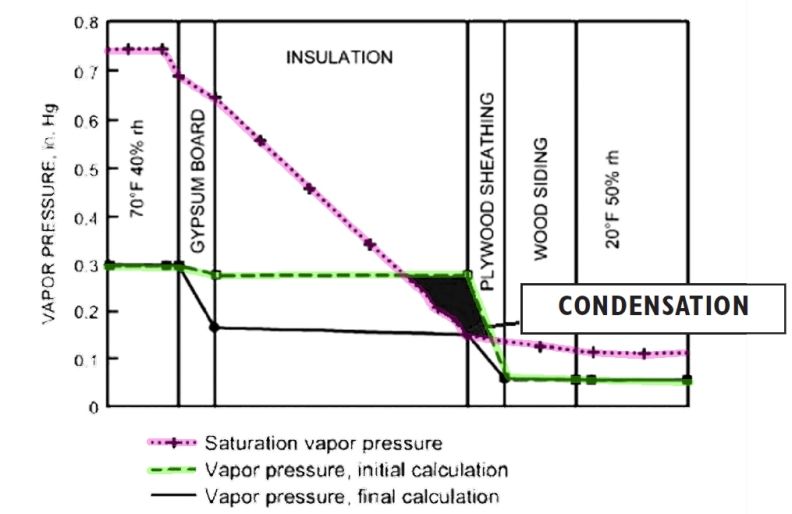 Scheme 3. Temperatures inside the wall. [/ Caption]

We consider that the most probable cause of this injury is the presence of humidity due to condensation on the underside of the slab, which has caused molds to appear. This condensation occurs on the interior face of the slab as its surface temperature is lower than the dew temperature of the interior environment. In the case at hand, due to the porosity of the surface finish (plastered and painted) and, therefore, to its suction capacity, the symptom of the injury is first the damp stain and later the detachment of paints and molds.

The most probable causes of the low temperature of the walls in the aforementioned locations are:

– A low temperature of the space under the roof, as can be seen in diagram 1, there is no layer specifically dedicated to insulation on the front of the façade, with the hollow brick and the concrete band as an enclosure only.

This sum of factors causes the surfaces affected by the lesions to have surface temperatures lower than the dew temperature of the indoor air. 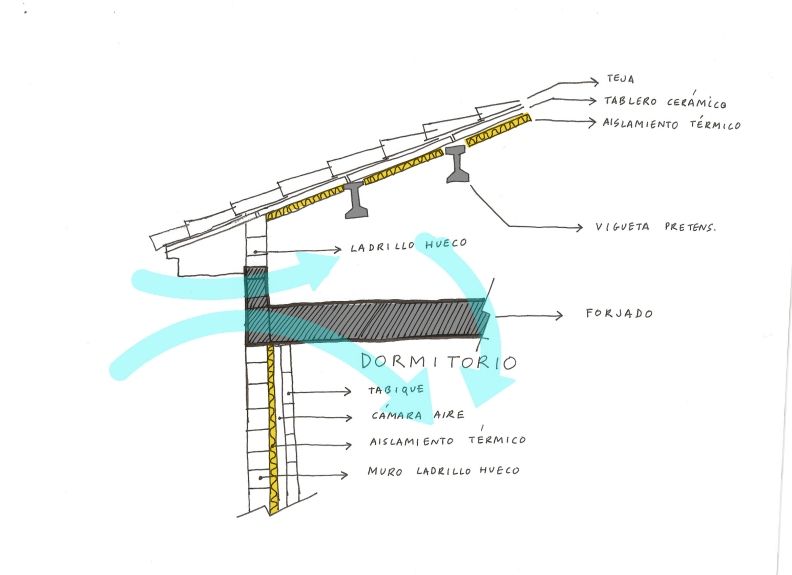 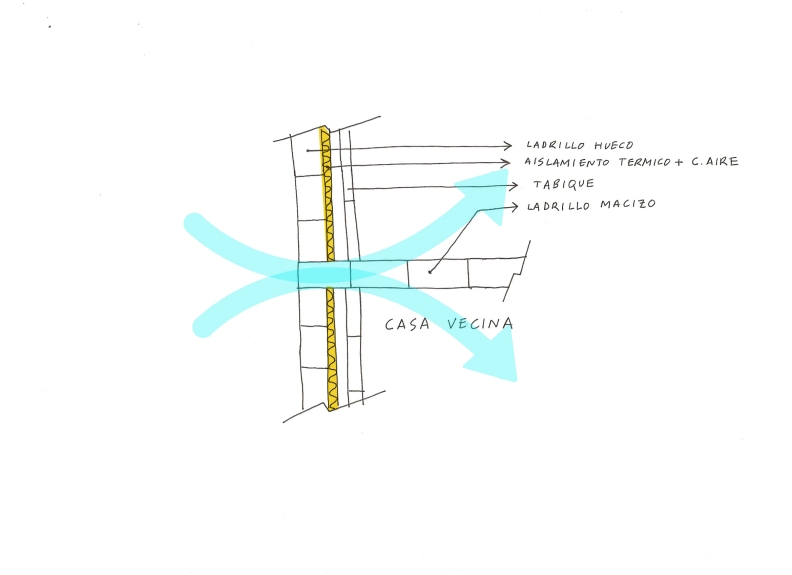 CONCLUSIONS AND PROPOSAL FOR REPAIR

Normally, the repair proposal will involve properly insulating the envelope and breaking or treating the thermal bridges. Even if it is convenient, vapor barriers should be used. 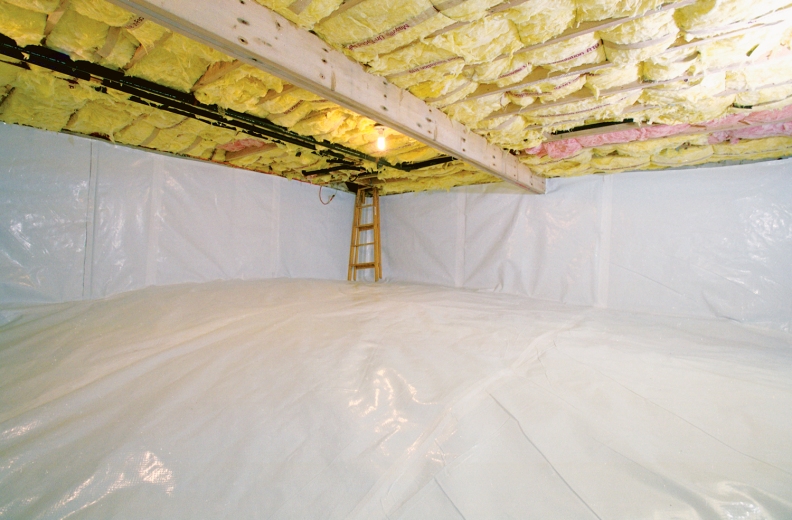 Figure 3. Insulation from the inside

After studying all the sources, the technician is preparing to issue some technical conclusions:

This technician considers that the appearance of moisture from condensation and mold on the ceilings of the East and West bedrooms on the upper floor of the building affect the minimum required health and habitability conditions and are due to the conjunction of these factors: