The fissures, their shape and meaning

The fissures, their shape and meaning

The upper image is very eloquent, the clearest proof that by examining the shape and the joint development of what we will call the cracking picture, it is possible to determine what has been the cause.

In the previous case, the cause of the cracks is the action of an earthquake since the cross shape is unmistakable.

The fissures have a language and if we know it we will be able to know what constructive pathology is causing them. In today’s article we take a quick look at some of the more common cases. During the ITES we have found a large number of cracks, in most cases they are cracks that do not require a follow-up and sometimes not even repair. However, there are some that may require urgent action.

To find out the cause of a fissure, it is not necessary to look only at that fissure, since it is likely that the defect or pathology that causes it is causing as many fissures in the building. Examining the set of cracks will be much easier to determine their origin. For example, let’s imagine a medical condition that had fever and cough as a symptom; the cause of fever and cough can be very diverse from a simple cold to pneumonia, a pathology (pneumonia) causes symptoms (cough, fever, etc.); Something similar happens in the field of construction: cracks are symptoms (they have a certain shape, development and characteristics) and they must be assessed together to find out the pathology. The set of cracks in a building can be called a cracking box.

Note that, in the image on the right, the cracks caused by an action that are indicated by the arrow in red are marked in yellow. There has been a descent from the corner, motivated by the action marked in red. This will cause a breakage of all the rigid elements (the partitions are) that cannot assume a deformation with their elasticity.

Studying the same case, as we can see in the colored image on the left the shape of these four cracks in the four partitions that converge in the center, we will see that they have a parabolic shape – line in red – the “focus” – yellow circle – which (approximately) indicates where the origin of the cracking is.

Subsequently, it will be necessary to deduce with constructive reasoning why an action may have taken place downwards, or what is the same: a descent from that point. It could be an arrow of the slab (the ground has lowered at that point), it could also be due to a seat of the foundation in a column that is located at that point.

Types of cracks according to their shape

The appearance of inclined cracks can be interpreted as that the action that generates this crack is eccentric or far from the element. This is perfectly understood by analyzing a hypothetical square of the cracked element and applying the actions that occur at its vertices. Note the analysis of an eccentric seat in the image below:

The latter are the most common cracks, the cause of differential settlement cracks

When a building suffers the action of an earthquake, the structural actions that are exerted on it are those that generate alternative horizontal movements. Imagine some glasses on a tablecloth and we stretch it from one side to the other alternately. This causes the fissure that appears inclined to one side to reproduce symmetrically towards the other. Luckily, we have never encountered such cracks when inspecting a building.

Orthogonal cracks, those that have a geometric development parallel or perpendicular to the construction element in which they appear, can appear for many reasons, here are some:

This is a very serious fissure, as it indicates that the structure may be close to collapse. The evolution of these fissures from their appearance to their complete development and collapse can be very fast. In the images you can see how the reinforcement of the pillars has been made with a metallic bundle.

Yes, in construction it happens as in weightlifting, to increase the resistance to a vertical action, simply place a good girdle in the horizontal direction. 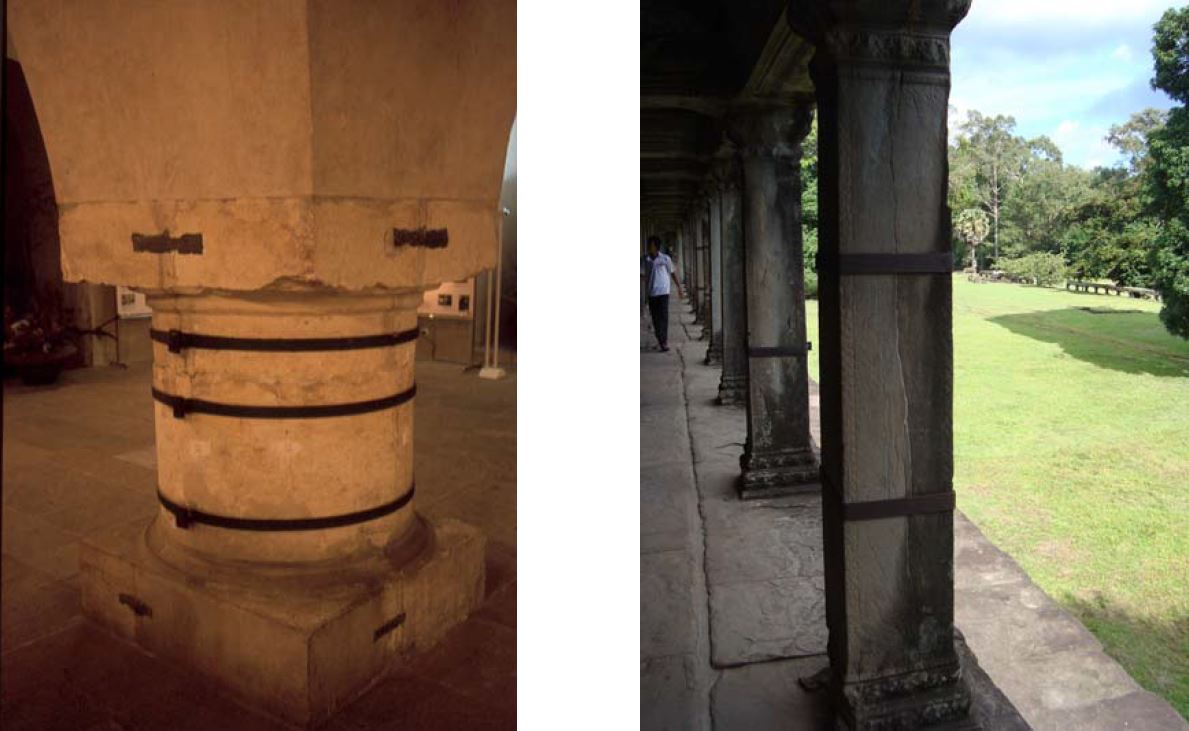 This is a crack that, like the previous one, is very serious, especially in the case of a load-bearing wall. It occurs either when the wall is very slender and at the minimum eccentricity of the load, horizontal actions are generated, although thick enough to resist vertical stress.

In the technical inspections of the building that we carry out, this crack is one of the most common.

Generalized cracks are those that occur throughout the system. An example is the characteristic crack in the form of a “map” or frame more or less regular that appears in materials subject to shrinkage and expansion (due to the action of climatic agents) or due to the curing of the material itself. (the concrete) 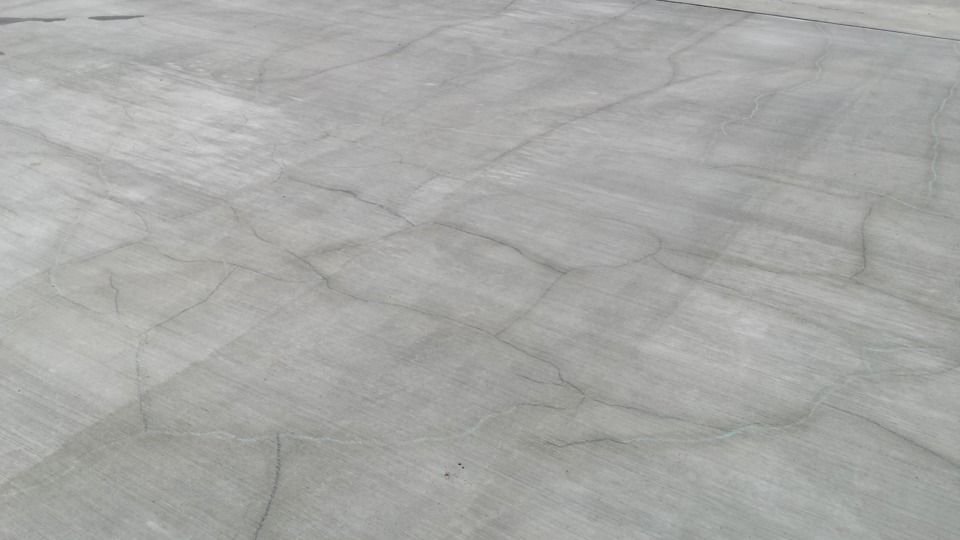